The Academic Staff Union of Universities (ASUU) has threatened to embark on strike after the expiration of its three-week ultimatum given to the Federal Government. 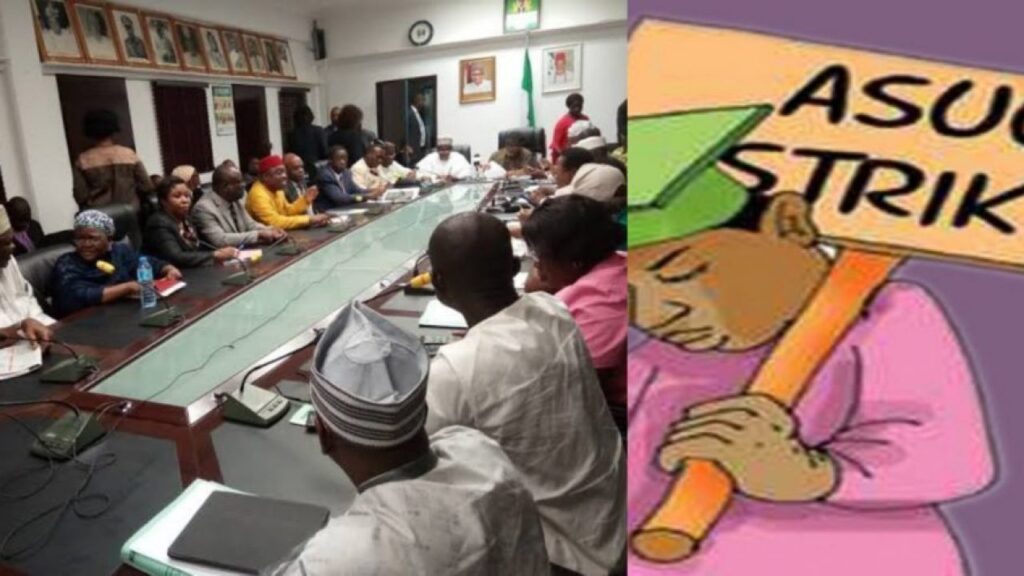 KanyiDaily recalls that on November 15, 2021, ASUU had given the federal government a three-week ultimatum to implement the Memorandum of Action (MoA) it reached with the union.

The union had threatened to embark on industrial action if all pending issues, including those of unpaid academically earned allowances and the revitalisation fund for universities, were not addressed within three weeks.

After the expiration of the ultimatum on Sunday, ASUU National President, Emmanuel Osodeke told TheCable on Monday, that the federal government has only met one of the union’s demands.

According to him, the union executives will meet with its other members to discuss the outcome of Sunday’s meeting before reaching a conclusion.

READ:  We Didn't Just Follow Tinubu Like Sheep, We Convinced Him To Save Ambode's Second Term - Sen. Adefuye

He said, “We gave the federal government three weeks to meet our demands and out of all of them, they have only done one.”

“So, we met yesterday to look at the situation and we’re going back to our members to tell us what to do next, which is the next phase of the struggle.”

When asked when the union would disclose its next line of action, Osodeke said: “We’ll let you know. That would be announced very soon.”