An Upper Area Court in the Zuba area of the Federal Capital Territory has issued a bench warrant against controversial aphrodisiac seller, Hauwa Saidu Mohammed, popularly known as Jaruma, for not showing up for her trial as agreed at the last adjourned date.

KanyiDaily recalls that on January 25, Jaruma was arraigned before the court on four-count charge of defamation of character, injurious falsehood, criminal intimidation, and publication of false news with intent to cause offence against public peace.

She was arrigned following a petition by businessman tycoon, Ned Nwoko, who accused her of publishing falsehoods on her Instagram page against him and his wife, Regina Daniels.

The judge, Justice Ismailia Abdullahi had ruled that Jaruma should be remanded at the Suleja Correctional Centre, but she regained freedom on January 28 after meeting her bail conditions.

Justice Abdullahi also cautioned the parties in the case to maintain decorum and avoid making public comments on social media that could be considered prejudicial to the case.

At the resumed hearing of the case on Wednesday, February 23, Jaruma was absent in the court when the case was called. Her lawyer, Kayode Ajulo, was also not in court.

But when the court reached out to her lawyer on the phone to find out why Jaruma was not in court, he said he had withdrawn from the case.

The situation compelled the presiding judge, Justice Ismailia Abdullahi, to stand down the matter, but giving Jaruma the benefit of the doubt that she could still make it to court before the close of work.

But after three hours of waiting, the judge issued a bench warrant and ordered her arrest and detention until the next adjourned date.

The judge said her absence in court without reason was an affront and a mockery of the court and judicial process and there was a need for the court to take action.

Justice Abdullahi said, “The defendant knew today was for the case and she ignored the call to come to court.

“By not taking any step, it would make a mockery of the legal system, going by the provision of Section 131 of the Administration of Criminal Justice and after listening to the submission of the prosecuting counsel, I hereby issue a bench warrant against the defendant in this case, one Hauwa Muhammed aka Jaruma and ordered the surety to come to court to explain why she shouldn’t be arraigned.”

The judge also ordered Jaruma’s surety to be present in court on the next adjourned date. He adjourned the case till March 17, 2022.

KanyiDaily recalls that following her detention by the police in Abuja, Jaruma had taken to social media to boast about being the next Nigerian President. 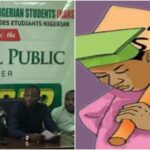 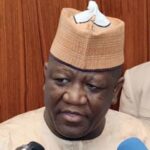