Nigerian superstar, Davido has made a shocking claim that he was paid the sum of $250,000 (N104 million) to ‘drink and dance’ at a nightclub in Dubai, United Arab Emirates. 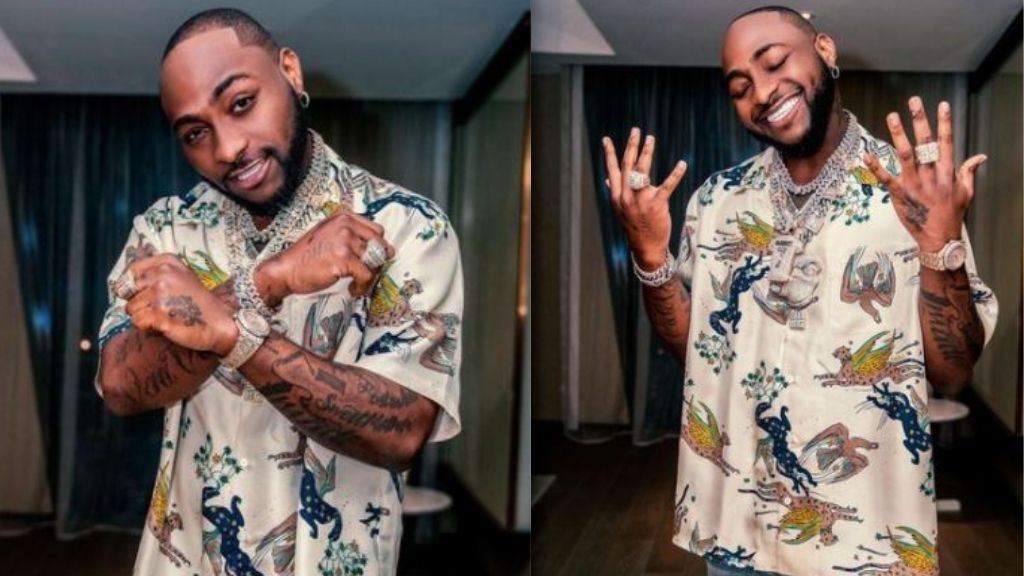 The popular singer disclosed this while replying to a fan who suggested that he should turn down some unpopular low-level gigs because his level is now beyond that having filled 02 Arena.

Sharing a video from his performance in Dubai, the fan identified on IG as @sugarbaby_mimi126 said; ”There are some invite Davido need to dey decline especially if e get big show like that of O2 Arena.”

Reacting in the comment section, Davido asked if he should have said no to $250,000 (N104 million) just to dance and drink at a night club in Dubai.

He wrote, ”@sugarbaby_mimi126 Say no to 250 thousand dollars to dance and drink at a night club in Dubai” 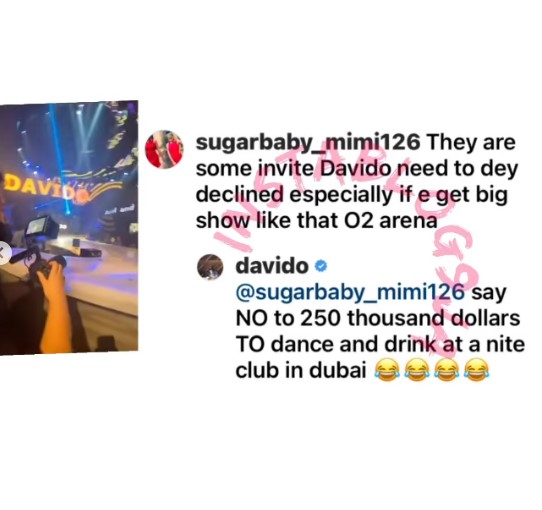 KanyiDaily recalls that Davido had recently revealed that he will be dropping an album, buying three new houses, five more cars, and another private jet. 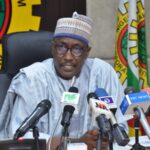 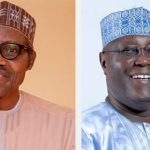