DNA test has confirmed that Davido is the biological father of Larissa London’s son, Dowson. 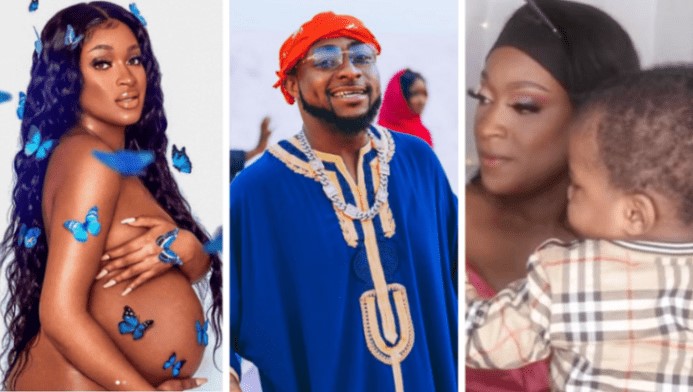 Popular Nigerian singer, Davido has allegedly conducted a DNA test which confirmed him to be the biological father of Dowson, the son of his alleged baby mama, Larissa Yasmin Lorenco a.k.a Larissa London.

It was gathered that that Larissa have been in Davido’s life since the year 2017, despite his relationship with former fiancee, Chioma Rowland.

Chioma was said to have moved out of Davido’s house in 2020, due to his cheating scandal and emergence of the forth baby mama.

READ:  Eucharia Anunobi Reveals Why Couples Should Have Sex Before Marriage [Video]

Although Davido have never commented on the issue, a fresh report by Instagram blogger Cutie Julz, indicates that the singer allegedly took Larissa and her son for DNA test in UK.

According to the blogger, Davido conducted the DNA test in September when he was in London and it showed that Dawson is his biological son.

“Legit sources from London, UK confirms our superstar, Davido to be the biological father of Larrisa’s son, Dawson.

“The source says the DNA test was conducted somewhere last month when Davido was in London. The results showed that Dawson is Davido 100% biological son.

“Omo, E be like this October na make up month, September was too full of vawulence. 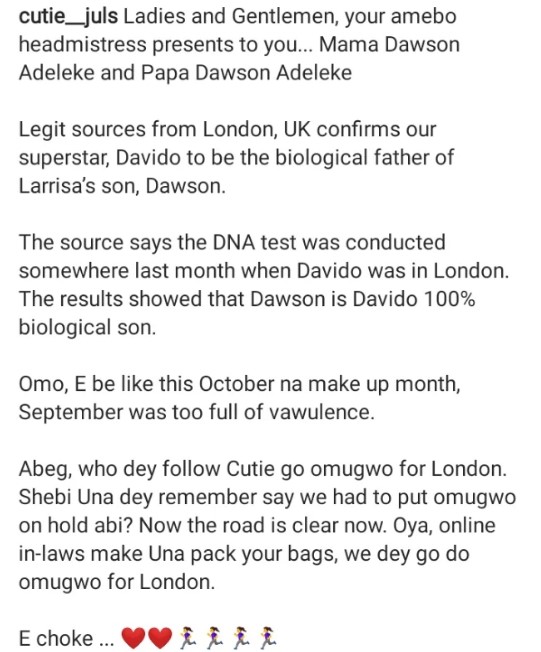 Meanwhile, Davido has revealed the type of woman he would love to date after his alleged breakup with Chioma Rowland, the mother of his son.

READ:  17-Year-Old Girl Allegedly Starved, Brutalised And Locked Up By Her Aunt In Plateau