Police have rescued a 19-year-old teenager, Collins Sambaya, who was nailed to a tree for allegedly stealing a radio in his Izava Village in Vihiga County, Kenya. 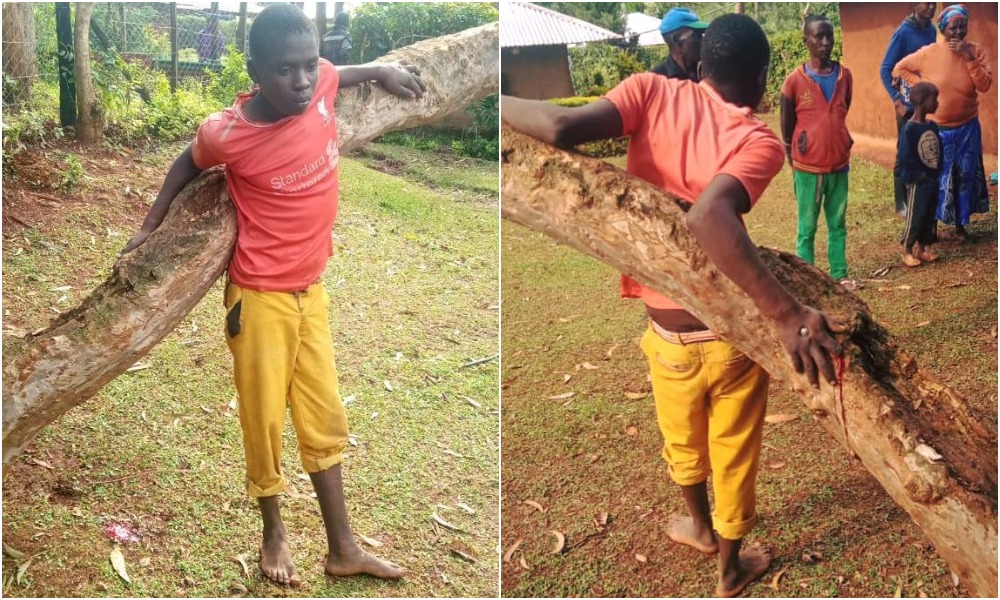 Collins Sambaya Nailed To A Tree In Kenya

It was gathered that the teenager was tied to the tree, arms wide apart, with two roofing nails driven through each palm of his hands after he was accused of stealing a radio.

The incident was said to have brought the village to a standstill, as shocked villagers reported the incident to the police, who promptly rescued the boy and rushed him to a Hospital where he is in stable condition.

Kenya’s Directorate of Criminal Investigations (DCI), who confirmed the incident in a statement, said that a manhunt has been launched for the suspects “with the area security team employing every available resource to apprehend the suspects.”

The statement reads, “In an incident that brought Sabatia’s, Izava village to a standstill, 19-year-old Collins Sambaya, was found secured on a tree using two roofing nails, that had been driven through each palm of his hands.

“Upon seeing the police approaching the scene, the assailant suspect ran away and is still at large.

“The distraught villagers who couldn’t come to terms with what had befallen one of their own, watched in disbelief from a distance as officers rescued him and rushed him to hospital.

“Meanwhile, a manhunt for the suspects responsible for the inhuman act has been launched, with the area security team employing every available resource to apprehend the suspects.”

READ:  If Atiku Becomes President, Fuel Price Would Immediately Be As Low As N87 - PDP 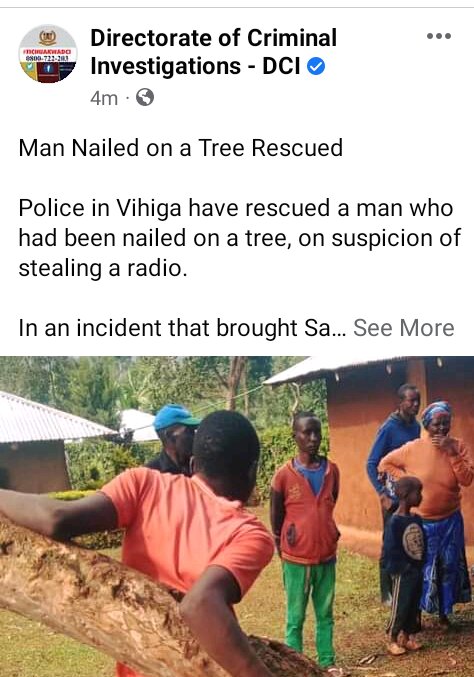 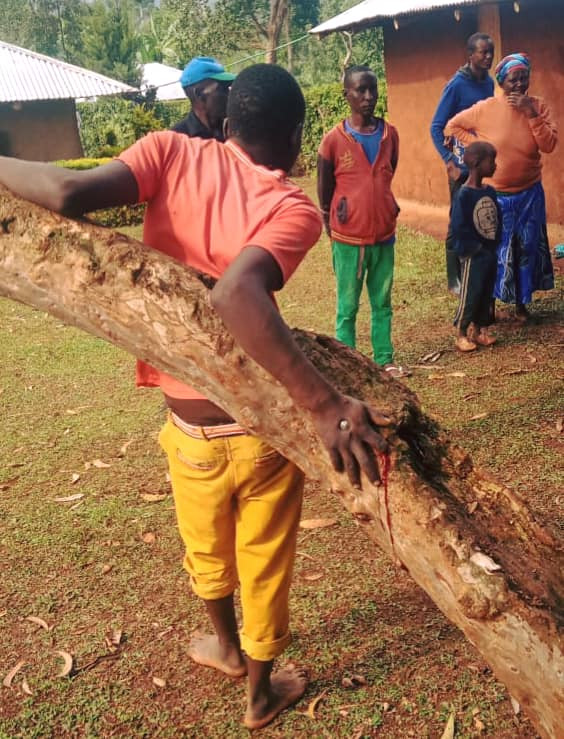 KanyiDaily had also reported how a young boy was punished for allegedly stealing his mother’s phone to send the sum of N1million to a popular Nigerian singer, Davido.

READ:  Mother Of Two Wants To Legally Change Her Name To SEXY 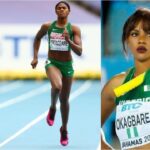 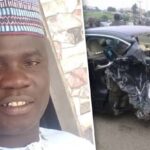