Taking to his Twitter page, the priest shared a photo of a cloud formation depicting the image of ‘Virgin Mary’, saying that many people including non-Catholics ‘saw her image.’

He wrote; ”On Wednesday 22-6-2022 the Blessed Virgin Mary appeared in one of our parishes in Calabar, St. Charles Lwanga. It was something more than 100 people witnessed,even a Protestant pastor who came to visit his cousin, the assistant priest.

“He took these pictures. The rays around her were too bright for a clear picture. She moved up to the Shrine dedicated to her and then was taken up.

“It was amazing, the entire aura around the parish, that evening. She didn’t say anything to anyone. But I think she came to assure of God’s presence with us.

“Even the rays of light on the premises showed there was something happening. May the prayers of our Blessed Mother help our country Nigeria. Amen.” 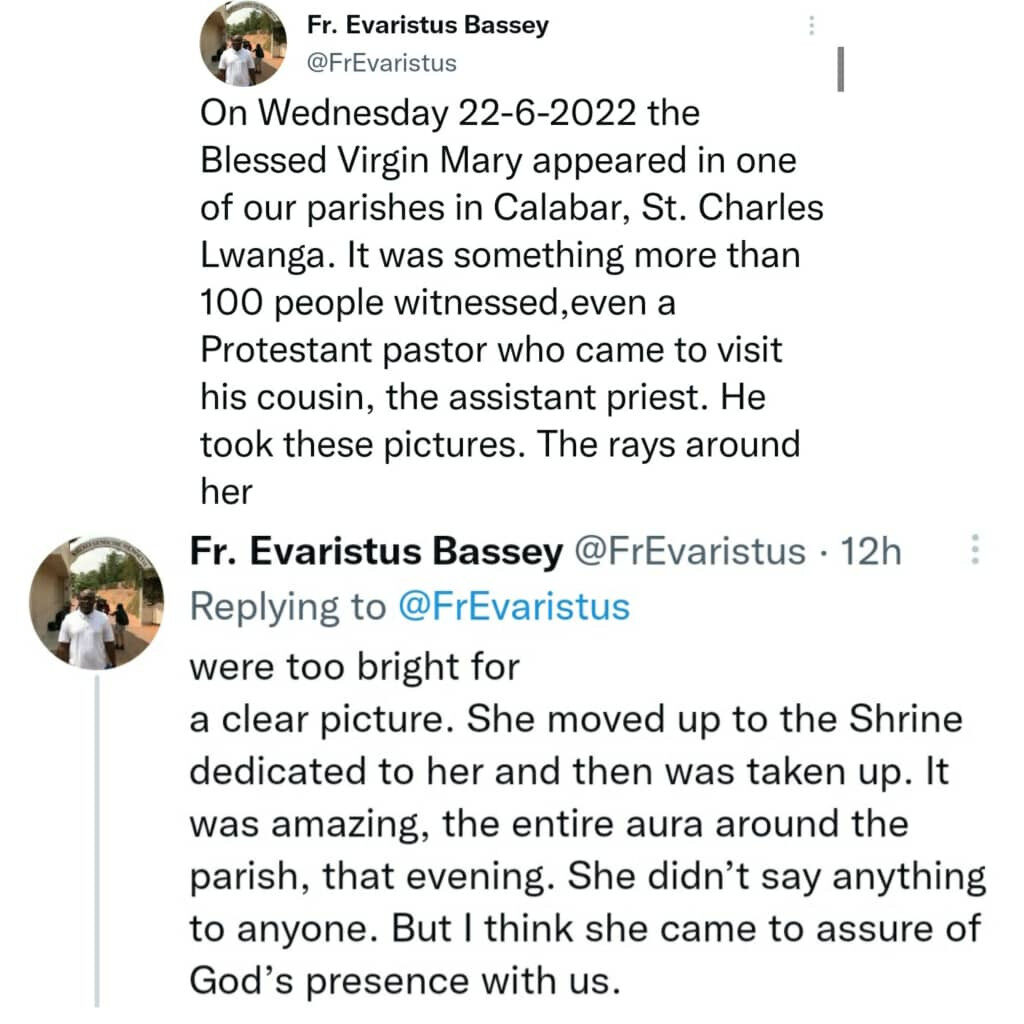 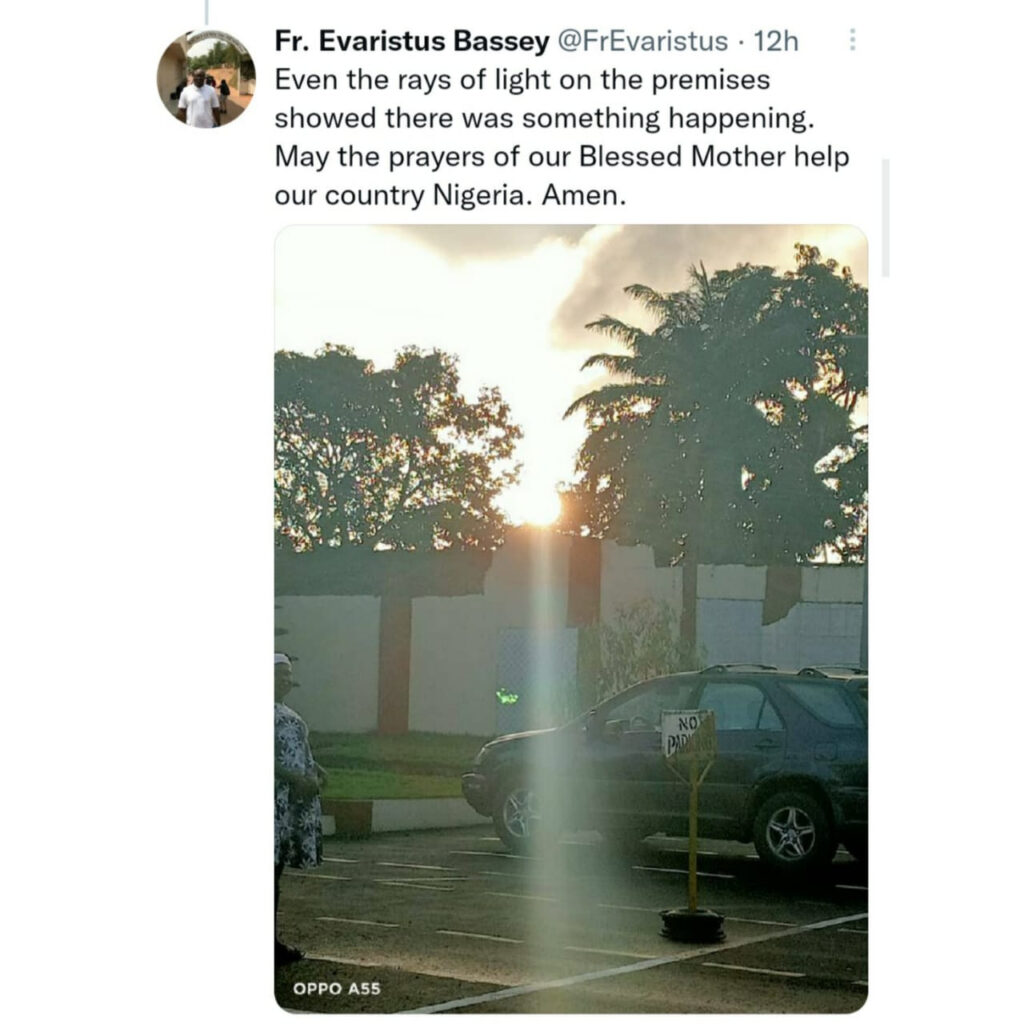 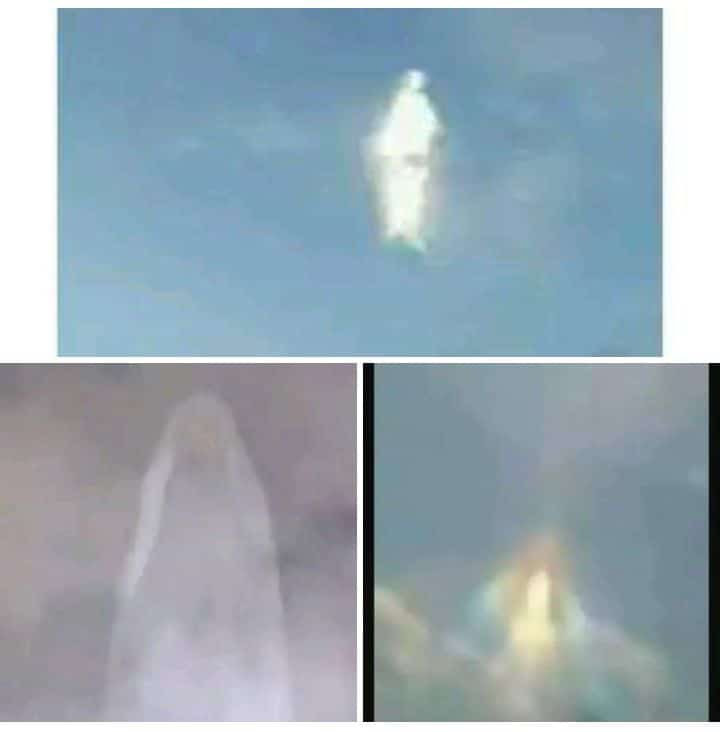 Meanwhile, an Anglican priest, Rev Canon Lumenkriti Ebo, who was sacked for alleged immoral acts, has accused the church of taking his legally married wife and accommodating her outside her matrimonial home.