Former minister of Niger Delta Affairs, Godsday Orubebe has joined the All Progressives Congress (APC) after resigning from the Peoples Democratic Party (PDP). 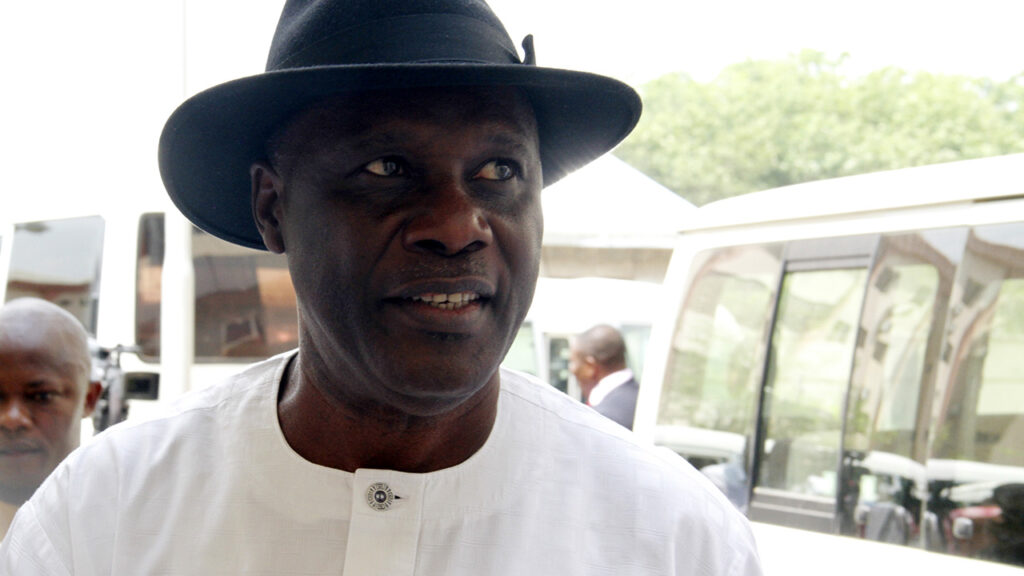 KanyiDaily recalls that Orubebe had dumped PDP, saying the current situation in the party does not show that the party is prepared to reclaim power from the APC in the 2023 general elections.

The minister, who officially joined APC on Friday, said he is in the party to deliver all the five candidates, especially three candidates in the Burutu Local Government Area of Delta in the forthcoming election.

Elder Orubebe boasted that resources to prosecute the elections will be provided.

READ:  Godfatherism And Imposition Of Candidates Should Be Stopped In Nigeria - Shina Peller

While sympathizing with the Ijaw APC family over their inability to get any appointments, Elder Orubebe assured them that he will ensure, “what due Ijaw people will be secured.”

The APC Local Government Area Chairman in Burutu, Comrade Moni Seikemienghan Moni thanked Orubebe for joining the party just as he expressed confidence that he(Orubebe) in addition is a big plus to the party.

According to him, “Ijaw Nation now has a high-ranking politician that will stand in the gap.”

KanyiDaily recalls that Godsday Orubebe made headlines after he attempted to disrupt the collation of results of the 2015 presidential election at the International Conference Centre, Abuja.