The Academic Staff Union of Universities (ASUU) has accused the Minister of Labour, Chris Ngige, of lying that the Federal Government does not have N1.1trillion to meet the demands of the academic union.

During an interview with Channels Television on Thursday, March 3, Chris Ngige had claimed that the President Muhammadu Buhari-led Government lacked the money to meet some of the demands of ASUU.

According to him, the N1.3trillion revitalization fund that was promised to ASUU was an agreement reached during the administration of former president, Goodluck Jonathan, when Nigeria’s finances were stable.

The Minister said that following the emergence of Buhari in 2025, the current administration had informed ASUU that the government doesn’t have the N1.1 trillion that is remaining to honour the previous revitalization fund agreement.

Ngige said that the federal government promised to explore other options to fund universities, as he appealed to the ASUU to be realistic and understand the current financial capability of the current administration.

Speaking with DAILY POST, the ASUU Chairman of the UNICAL branch, Dr Edor J. Edor described Ngige’s claim as a lie from the pit of hell, vowing that the union would continue its strike until the government met their demands.

Edor said, “The Federal Government is known for insincerity, unresponsiveness when it comes to the matter of education. It is a categorical falsehood and a lie from the pit of hell for a government official to say in good conscience that the Federal Government had no money to attend to issues that pertain to education as being demanded by our union.

“It’s a lie and even the government official knows that it’s a lie. Elections are coming up, whatever INEC would demand to conduct such elections, the Federal Government would have the money, and that is because it concerns them, and it’s because that is the medium and platform they would use to go back to their various offices to feast on the resources of this country.

“But when it comes to education, they begin to dilly-dally, to trump up sentiments and tell Nigerians lies that the Federal Government has no money to attend to the demands of ASUU.

“It’s a lie from the pit of hell, but we too will wait for them until they have the money to attend to our demands. We will wait until they get the money to revitalize public institutions, improve our salaries, pay our EAA, pay our promotion arrears, implement the EUTA, pay our withheld salaries, then we will go back to the classroom.

“For as long as they latch unto that falsehood that there is no money, then for so long shall we remain on strike.”

In his remark, a lecturer with UNICAL accused the Federal Government of ignoring the education sector and being pretentious over the issues of ASUU.

The lecturer, who wished to be anonymous because he has no authority to speak over the issue, said the Federal Government has no value for education.

He wondered why those at the helm of the country’s affairs would not borrow money to meet ASUU’s demands, reiterating that the industrial action embarked upon by the body would continue until their demands were met.

The lecture said, “Where there is a will, there is a way, so the Federal Government is living in pretense and does not value education.

“If it’s the Ministry of Humanitarian Affairs, they will borrow or do anything to raise money that they would reloot and share among the cabals.

“But when it comes to education, especially ASUU, there will be no money; so, in clear terms, the Federal Government is ignoring education.

READ:  "I Used To Be A Plumber" - Lagos Governor, Sanwo-Olu Reveals

“The only option is continued industrial action until everything is sorted out. In fact, the industrial action should be sustained until all the issues raised by ASUU are completely resolved so that strikes will not become recurrent or yearly; it’s all for the country’s good.

“Look at this Russia-Ukraine issue, you will see the kind of weapons they are bringing out, which is a result of research. Now imagine that we are faced with that kind of war, where do we run to? Look at the Boko Haram issue, within the time Americans refused to sell some weapons to us, and after Jonathan, how did we come up with those inventions, is it not from the education sector?

“Careful research and inventions, so we will exercise patience and wait for what the government will do. See what they voted for INEC. Is it the issue of earned academic allowance being mainstreamed? The 2021 tranche was paid in the latter part of last year by the Federal Government, so what stops them from mainstreaming into January salary to be captured in the 2022 budget? ”

However, when our correspondent reached out to ASUU National President Emmanuel Osodeke, he said ASUU NEC would meet this week to decide on what next.

“The body will meet to decide the way forward,” he said.

KanyiDaily had also reported how the Minister of Education, Adamu Adamu walked out on students of tertiary institutions who met him due to the incessant strikes by the ASUU. 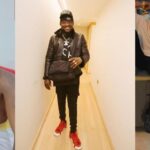 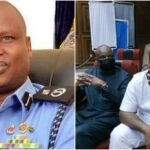