Nigerian singer, Timi Dakolo has replied those criticizing him for performing at the presidential declaration of a former vice-president, Atiku Abubakar. 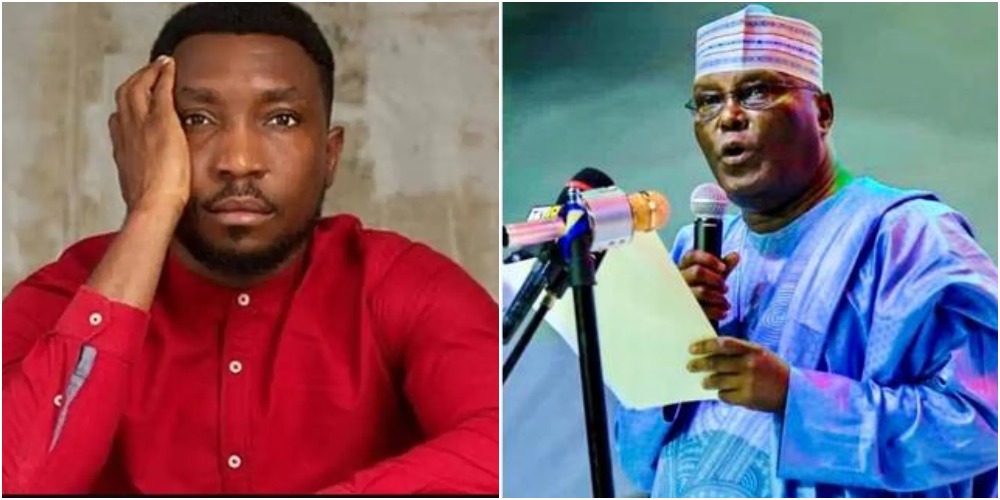 KanyiDaily had reported that Atiku officially declared his intention to contest in the 2023 presidential election at the International Conference Centre (ICC) in Abuja on Wednesday.

Dakolo was one of the musicians who graced the event where he thrilled the guests with a colourful performance of his hit song ‘Great Nation’.

Sharing a video clip of the musician’s performance, Atiku wrote: “The unity song by @timidakolo. One people. One future. One country. #OneNigeria #AtikuDeclaration.”

Dakolo has been under fire on social media since Atiku posted the video of his performance, with many Nigerians slamming him for attending the event despite his staunch criticism of the political elite of the country.

Amid the wave of criticism, an Instagram user posted a screenshot of the video with a caption saying Dakolo is “endorsing PDP’s Atiku due to hunger”.

The user wrote, “Hunger is a real Bastard!!! They have started singing in political rallies. Timi Dakolo is live at Abuja international conference center singing and endorsing PDP’s Atiku. Let it be known that Timi Dakolo endorsed Atiku.”

Reacting in the comment section of the post, Timi Dakolo justified his action by saying: “I will sing and collect bread, my guy. If it pains you well well, go sing your own. READ:  Brymo Heads To Court As Lady Accuses Him Of Raping Her In His House

Below are what some Nigerians had to say:

If you don't have any problem with Timi Dakolo performing for Atiku, don't come here tomorrow and rant on the TL if another musician is performing at Tinubu occasion, not like PDP & APC are in any way better than each other, it was their collective effort that put us in this mess

It's such a good thing that Timi Dakolo sang at the Atiku's declaration and everywhere is peaceful.
The day another major Nigerian artiste will perform for an APC candidate and you people will make noise here, we will be here to staple your mouth together.

Timi Dakolo Is From Bayelsa State,
A State With Too Much Oil And Their Allocation Is 50% Higher Than That Of Lagos,

Timi Dakolo Found His Fame In Lagos,
Timi Dakolo Became Made By Nigerians,

Timi Dakolo Swims With PDP Politicians,
But His State Is Still In Trenches!!! pic.twitter.com/dHJPaW1jcF

@timidakolo is hungry and needs food, don't drag him please

The way the usual cancellation experts have refused to cancel Timi Dakolo for singing at Atiku's declaration underlines their loud hypocrisy. Maintain the standard. He is a singer who was paid to sing, and that’s fine. If the reverse was the case they will bully and cancel Timi.

Guys, The hunger and hustle is real. If enlightened musicians like Timi Dakolo as well as the likes of Okocha, Kanu, and the rest of the ex Super hungry stars can bow to their bellies, then what have we to expect from those living below a dollar? #WeCantContinueLikeThis

Many of us criticising or condemning Timi Dakolo still don't have our PVC. Gone are the days we allow celebrities & public figures influence us during elections.
Make them go collect the money, make we sef go collect our PVC.

If Timi Dakolo was paid to sing anywhere…. I don't see any problem there. He is a musician, that is what he survives on. If he wasn't paid, it is still his choice.

I don’t see the problem with Timi Dakolo singing at Atiku’s Presidential declaration, he’s a celebrity and he’s doing his work.

Only becomes a problem if a celebrity has constantly been dragging a politician and eventually sings or campaign for him, then that’s hypocrisy.

Timi Dakolo will not be cancelled because he performed at a PDP related gig. If it was for an APC candidate online thugs would have started abusing his entire family. Awon Alabosi Onisonu.

#AtikuDeclaration : If we were in a sane country, the likes of Atiku and Tinubu should be cooling their feet off in prison, not "declaring". While persons like Timi Dakolo supporting this madness should be housed at the nearest psychiatric home. #WeCantContinueLikeThis

I dont see anyone cancelling Timi Dakolo here. No insult no curse.

Same children of anger were all insulting Kanu and Okocha the other day when the visited Tinubu.

Timi Dakolo is a singer and he just did his job by singing at Atiku’s presidential declaration.

Taribo West is a pastor and he just did his job of praying when they visited Tinubu.

Don’t support one and criticize the other, they both left with brown envelopes.

Taomaa didn't do a skit to endorse Vice President Osinbajo but was dragged here on Twitter and made to apologise for committing no known offence. Timi Dakolo can be pardoned for doing a song endorsing former Vice President Atiku. If Dakolo committed no offence, what was Tao's?

This comes a few days after some former Super Eagles players were also lambasted for honouring the invitation to play a charity match to celebrate the 70th birthday of Bola Tinubu, the presidential aspirant with All Progressives Congress (APC). 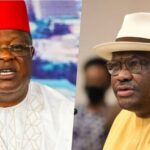 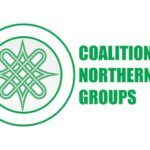