Former Big Brother Naija housemates, Mercy Eke and Tacha Akide have finally ended a long-time rift between them, saying they are tired of fighting each other. 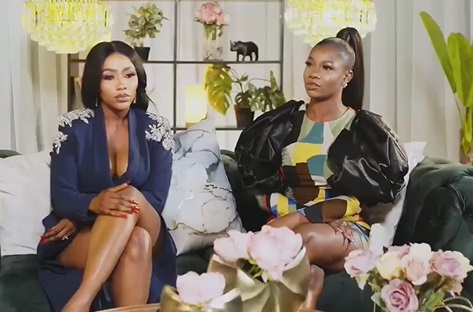 KanyiDaily recalls that Tacha was disqualified from the BBNaija show following a violence that broke out between herself and Mercy on September 27, 2019.

Since the end of the 2019 edition, the reality stars have continued to make the headlines for numerous reasons, especially due to the perceived lingering feud between them.

While Tacha maintains a huge fanbase who christened themselves as ‘Titans’, those backing Mercy are called ‘Mercenaries’ on social media platforms.

During their forthcoming interview with media personality, Toke Makinwa, the reality TV stars declared they have ended their long-time rift.

In the teaser of the interview set to air on Friday, April 1, 2022, Makinwa had asked them how they felt seating next to each other and Tacha said they do not have to oblige the demands of fans, while Mercy noted that they were tired of fighting.

“We don’t have to do like what you guys want us to do,” Tacha said as she blamed fans for fostering enmity among past BBNaija housemates.

Mercy also called out some Nigerians who enjoy seeing celebrities fighting one another, saying, “Nigerians like people fighting themselves… we’re tired of fighting. These people abeg, if you want to fight, go and fight yourselves.”

KanyiDaily recalls that earlier this year, Davido and Wizkid had also set aside their differences as they were spotted hugging each other at a nightclub in Lagos.

READ:  Driver Slumps While Being Manhandled By Policemen And Task Force Officers In Abuja [Video] 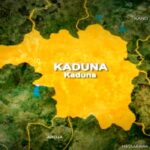 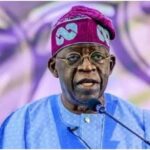