The Academic Staff Union of University (ASUU) has asked the Federal Government to deduct N200billion from the N4trillion set aside for fuel subsidy to end its ongoing strike. 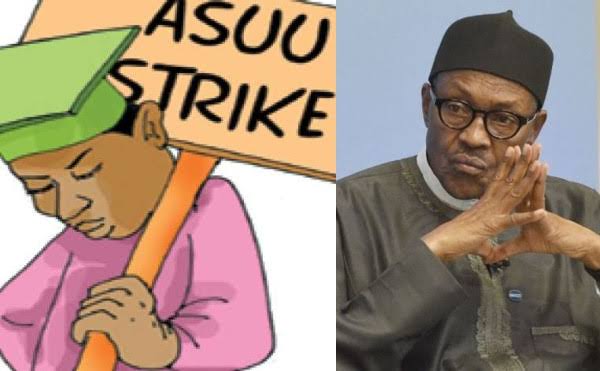 Reacting during an interview on Channels Television on Wednesday, ASUU President, Prof Emmanuel Osodeke accused the government of not giving priority to tertiary education.

According to him, the government is focusing its attention on fuel subsidy rather than showing interest in revamping the nation’s universities.

Osodeke further asked the government to take N200bn from the N4trillion budgeted for subsidy to address the challenges of its members, thereby putting an end to the industrial action embarked upon by the union.

He said, “It is always funny that the government cannot raise N200bn to revamp all Nigeria’s universities annually, to world standards. The same government can raise N4trillion for fuel subsidy.

“You can raise a budget to make N4trillion for subsidy in a year, but you cannot raise N200bn to fund your education where you don’t have the infrastructure. You can spend N228bn to feed children in primary or secondary schools but you cannot raise this fund for your university; it is an issue of priority. That is the problem.

“If you remove N200bn from N4trillion to fund your universities, you still have N3.8trillion for fuel subsidy.

“We don’t believe there is a fuel subsidy. There is no country where you have the crude intelligentsia. You have been importing fuel for the past 20 years; something is ongoing. No country in the world will do that. In the 60s, we built four refineries, and between 1999 and now, we cannot build one or service the ones we had.”

READ:  IPOB Names Seven Tribes That Makes Up The Biafran Nation, Reveals Its System Of Government

Osodeke said the government has refused to make any definite move to address the demands of the lecturers since the strike which crippled activities across public universities began in February.

According to him, nothing really has happened, and the government has not shown any sign that it is willing to resolve the issues.

The ASUU president listed some of the issues in contention to include renegotiations of the 2009 agreement, payment system for members, and revitalisation of the nation’s universities, among others.

He stressed that no concrete resolution was reached despite the series of meetings with the government delegation led by the Minister of Labour and Employment.

More than two months since lecturers downed tools, the ASUU president alleged that the government has been insensitive to the union’s demands.

“Really, nothing significant has happened since we declared the strike about nine weeks ago, which means that this system (government) is really not interested in anything about education.

“If all universities are shut down for about nine weeks and there is no single comment from the government’s side, it shows that something is really wrong,” Osodeke stated.

READ:  25 Dead After Abuja Bomb Blast! How It Happened! 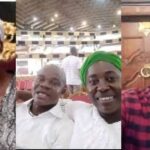 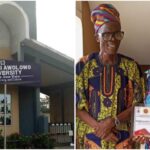