The Federal Government has proposed to extend the subsidy removal implementation period by another 18 months in order to put the necessary structures in place to caution the effect of the removal. Minister of State for Petroleum Resources, Timipre Sylva, disclosed this during a special briefing on fuel subsidy organized by the Presidential Communication Team at the Presidential Villa, Abuja.

According to him, the extension will give all stakeholders time to ensure that the implementation is carried out in a manner that ensures all necessary modalities are in place to cushion the effect of the PMS subsidy removal, in line with prevailing economic realities.

Sylva said, “We don’t intend to remove subsidies now. That is why I am making this announcement. We also see the legal implication.

“There is a six-month provision in the PIA that will expire in February and that is why we are coming out to say that before the expiration of this time, as I said earlier, we will engage the legislature.

READ:  US Endorses Okonjo-Iweala For WTO Director General, As Myung-hee Withdraws From Race

“We believe that this will go to the legislature, we are applying for amendment of the law so that we would still be within the law.

Asked if the extension has any links to the 2023 general elections, the Minister said “Of course not. This is just the human face of the Government and the President.

“He wants everything to be in place and he insisted that if we want to remove fuel subsidies, we must make sure we put every measure in place to protect Nigerians.

“That is the President’s insistence. We are now taking steps to ensure that these processes are in place. And this entails talking with labour. We are already talking with labour and our discussions are around palliatives and mitigations.”

Sylva also said the queues experienced at the petrol filling stations across Abuja are man made. He explained that “this is not natural. When people are expecting a certain policy direction, they want to take steps on it. Some want to profiteer and then they start to hoard.

“Some want to stuff enough PMS in their homes so that whenever there is an announcement, they have enough in storage. So all these inform the reason for panic buying and hoarding.

“That’s why the Government is coming very clear that this is not on the cards. We are not contemplating this policy direction.”

This comes barely 24 hours after the Federal Government announced that it suspended the planned petrol subsidy removal till further notice due to “high inflation and economic hardship”.

READ:  Police Arrest Three Monkeys And Their Minders For Theft In Lagos 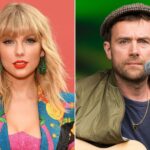 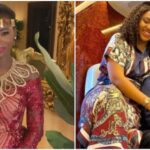