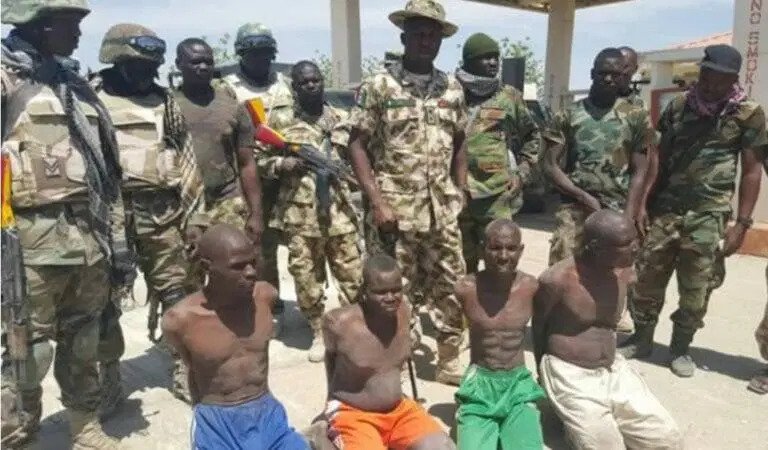 It was gathered that the four commanders surrendered their weapons to Operation Hadin Kai (OPHK) soldiers on December 12, 2022, when the soldiers were patrolling the Gwoza local government area of the state.

The sources said that they were former Commanders of Abubakar Shekau at Njimiya camp but laid down their arms and moved to join ISWAP in Lake Chad after the invasion of Sambisa Forest in May 2021, which led to the death of Shekau.

However, the four Commanders later denounced ISWAP, and fled to Sambisa where they pitched thier tent and operated on their own.

They surrendered for fear of battlefield elimination due to the sustained intensified onslaught on the terrorist hideouts as well as rivalry attacks.

Meanwhile, the Theatre Commander of ‘Operation Hadin Kai’ (OPHK), Maj-Gen Christopher Musa, has said about 83,000 Boko Haram members have so far surrendered and were currently undergoing rehabilitation at various facilities in Borno State.

Gen. Musa, who stated this on Friday, December 16 ,2022, when he visited Governor Mai Mala Buni of Yobe State as part of a tour of command and formations under his control, said the kinetic and non-kinetic approaches led them to the massive surrenders.

The theatre commander who described the operations of the command as a success, said over half of the 83,000 were children which if they had not surrendered could be fighters too.

He said, “God has been very magnanimous to us, we have received a lot of surrendered individuals. We are moving almost 83,000 now, out of that number, over 41,000 are children.

“The terrorists are trying to develop new set of terrorists, their own children and that would have been very dangerous because you know normally for children when they grow up and whatever they see is what they copy.

“So, if they grow and think killing is natural, they become very dangerous.”

The theatre commander, who commended the Chief of Army Staff for his support, said that the military and other security agencies will continue to devise and implement effective strategies to bring terrorism in the region to a speedy end.

“Whatever it takes, whatever it needs for us to have peace, we are determined to achieve that. The Chief of Army Staff has been very, very supportive in all we are doing and that has made our work much, much easier,” he added.

KanyiDaily has also reported how 51 Boko Haram insurgents surrendered their weapons as the Nigerian Army widens its offensive against terror in the region and around Lake Chad. 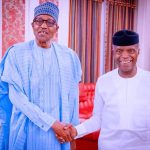 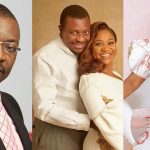