Lauretta Onochie, an aide to President Muhammadu Buhari on social media, has reacted to a recent court judgement ordering the former presidential candidate of the Peoples Democratic Party (PDP), Atiku Abubakar and the director-general of his campaign, Bukola Saraki, to pay a trader N5 million in damages.

The trader, one Amuda Adeleke had filed a lawsuit against the Atiku campaign organization after her photograph was used for a billboard advert without her permission.

The trader had told the court that the unauthorised use of her photograph for the party’s campaign caused her embarrassment.

“All my friends who saw the campaign billboard said it portrayed me as a woman stricken with poverty who had lost all hope and was prepared to commit suicide,” she said.

She asked the court to award N45m against Atiku, Saraki, the PDP and Obi for infringing on her fundamental right to privacy as enshrined in the 1999 Constitution.

However, after ruling in her favour on Monday, the judge, Justice Ayokunle Faji instead awarded N5 million against the defendants.

Reacting to the development on her Twitter page, Lauretta Onochie mocked Atiku and Saraki saying it’s colossal damage to be on PDP billboard. She wrote:

“A Federal High Court in Lagos has ordered PDP’s 2019 candidate @atiku & his Campaign Director @bukolasaraki, to pay ₦5m damages to a trader, Amuda Adeleke, for unauthorized use of her photograph on the PDP campaign billboard.

“More please. Its colossal damage to be on PDP billboard,” Lauretta wrote.

A Federal High Court in Lagos has ordered PDP's 2019 candidate @atiku, & his Campaign Director @bukolasaraki, to pay ₦5m damages to a trader, Amuda Adeleke, for unauthorised use of her photograph on PDP campaign billboard.

More please. Its colossal damage to be on PDP billboard pic.twitter.com/GKkKBbDDVC

KanyiDaily recalls that Atiku had sued Onochie over an alleged libelous tweet she posted on her Twitter handle on May 7, 2019.

In the tweet, Onochie had suggested that Atiku was on the watch list of security operatives in the UEA and had traveled to shop for terrorists in the Middle East. 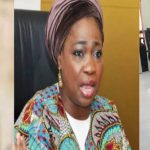 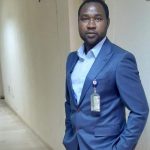