Nigerian female dancer, Picture Kodak has died after being electrocuted while charging her phone in the studio. 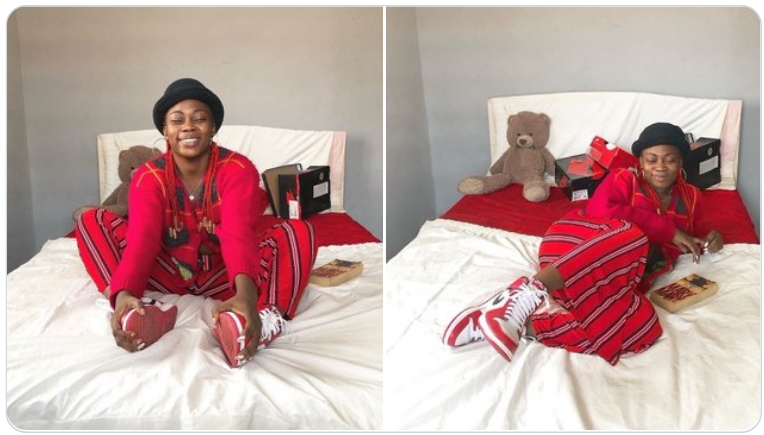 The dancer who is popularly known as LD or Love-Divine, was said to have electrocuted at Clarence Peters studio in Omole Estate while she was charging her phone.

Picture Kodiak gave up the ghost after she was rushed to a nearby hospital. 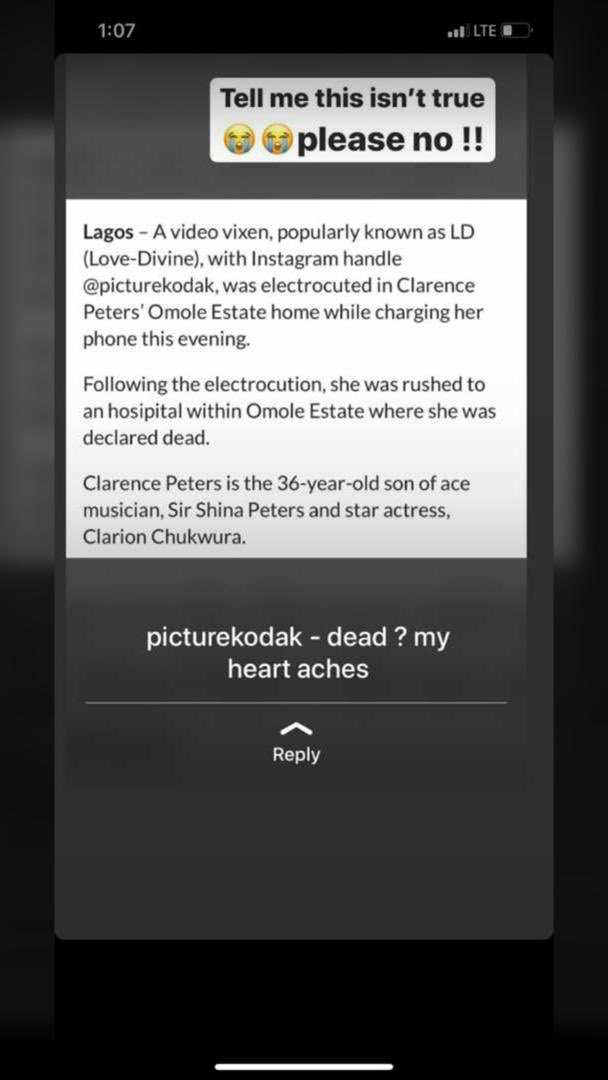 Picture kodak your death pain me o cant lie .after all you have achieved ,the dreams and hustle ….ahh 😭😭😭😭😭😭 EYAN LE KU ANY GODDAME TIME MEHN. #RIPPICTUREKODAK #RIPDIVINELOVE #RIPLegend pic.twitter.com/VLKrcf086T

If there was any female dancer i really admired, its her. Too much energy, you could see her passion for dancing easily. RIP Picture Kodak pic.twitter.com/atFJiqYaxi

I am some people
Some people is me😰
RIP Kodak. https://t.co/rfIfhRDnoV

It is pathetic to lose a brilliant girl to death.

By this time of yesterday, she was still alive and healthy until she passed away, human beings are nothing and we can die at any time. pic.twitter.com/gC4imfJ5Vc

Famous Dancer , model, and Video vixen who is loved and still loved by many – Picture Kodak has passed away due to Electric Shock this night

I knew you only from the TV screens, but you were a rare one & you've gone too soon 💔😭
Rest on Kodak ❤ pic.twitter.com/XFSXvy5Z3B 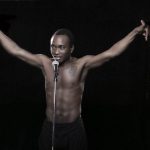 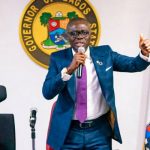