Kogi State Governor, Yahaya Bello has declared his intention to contest for presidency in the 2023 general election on the platform of the All Progressives Congress (APC). 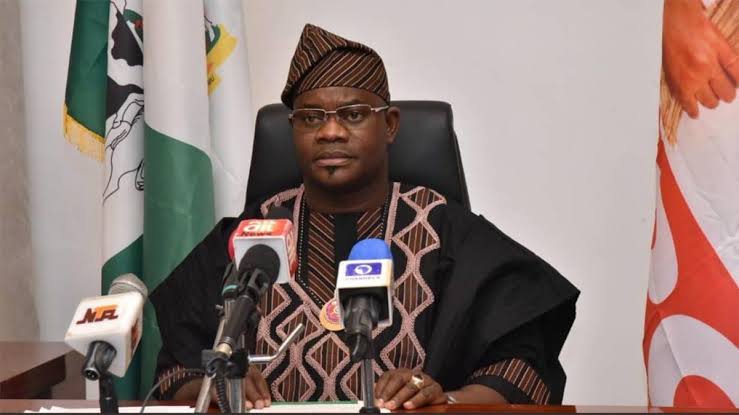 The governor, who made the declaration at the Eagle Square in Abuja on Saturday, April 2, 2022, highlighted the achievements of his government and said he would replicate the same if elected president.

Bello also said he would consolidate on the legacy of President Muhammadu Buhari whom he said had done much for the country, adding that his administration will create 20 million millionaires by 2030 if elected president in 2023.

He said, “In 2018, with APC in the saddle that figure has dropped to about 87m people yet Nigeria overtook India as the poverty capital of the world. Just this month, Nigeria through the effort of the President relinquished the title back to India and brought down the figure to about 70m people.

“It is therefore clear that our path to national prosperity lies in pulling millions of Nigeria out of poverty.

“The Buhari administration has a target of lifting 100 million Nigerians out of poverty by the year 2030. A Yahaya Bello presidency will have an additional target of creating 20 million naira millionaires by the same year 2030 with the aim that each of them will empower five other citizens.”

READ:  Ex-NNPC Boss Allegedly Runs Away from Nigeria as EFCC Hunts Him Over $1.6bn Diezani's Deals

Bello said he will be running on the “broad political philosophy of progressive activism through social action and political reforms”.

“We are so blessed as a nation and yet it does not always seem so. I am running to restore hope by providing guarantees for security, unity and progress to all Nigerians.

“Our focus will be proper management of our great diversities, so that it can really be an advantage. We will foster more cooperation and integration amongst citizens and make sure that progress is made steadily across all sectors and indicators.

“Despite the challenges facing Nigeria today, no one can deny that President Muhammadu Buhari has given our country the greatest investment since this fourth republic began.

“In addition, this administration has invested heavily in our national security. The war against insecurity may be taking longer than earlier expected, but President Buhari has ensured that we have the combat resources.”

READ:  Cardi B Instagram Chat With Fan Leaked, She Called Nicki Minaj "A Thot That Sleeps With Everybody"

Continuing he stated: “Also, it can’t be denied that under the APC government, Nigeria is pushing forward the most comprehensive proposals for restructuring since independence.

“The sum of government policies, the electoral act and other statues enacted, and the ongoing amendment of our constitution are fundamentally changing the way we do things.

“For instance, the average Nigerian governor now has more power on matters of insecurity, public transportation, taxation fiscal federalism, electricity and so more than any other time in our history. These are the legacies of Mr President. They will help the next president takes less long and easier developmental strides provided Nigerians ensure that he is succeeded by one who is ready to consolidate.

“I have proven once again that I am the only one such successor in the APC lineup for 2023.

“I am running for president because I see a bright light shining at the end of the tunnel for our nation. I am not one of those who only see doom and glue. It is my intention to take custody of that light to pierce the dark spot in our past and present by eliminating every gap in our nationhood and to fix them.

“I will ensure that the light is handed over in due course to successors who will be trustworthy of our great future which the federal government led by me will build.”

According to Bello, since he took office in 2016, he has committed the unpardonable political sin in Nigeria which is the refusal to have godfathers

“Their anger has burnt furiously against us and sadly they have often misled the media against us. As a result, we have had to work extra hard to get fair comments not to talk of accolades or credits for our

“The 2023 presidential election is actually a battle for the survival of Nigeria and I am passionate enough about my country to fight for the privilege. I gave Kogi state a better treatment.”

He said Nigeria’s next president must possess an excellent record in successfully managing diversity, saying his administration has been able to take a polarised Kogi and forge it into a state that is both diverse and inclusive.

On insecurity, he assured that if elected, he would never tolerate non-state actors who take up arms against the nation.

“But I will be willing to listen to all sides and address all agitations fairly especially those borne out of genuine imbalances in the treatment of citizens by the system. I will put a stop to the existential mistreatment of any people among us.

“According to a BBC report of February 13, 2012, over 100m Nigerians live in extreme poverty during the People’s Democratic Party (PDP) era. In 2018, with APC in the saddle, that figure has dropped to about 87m people yet Nigeria overtook India as the poverty capital of the world. Just this month, Nigeria through the effort of the president relinquish the title back to India and brought down the figure to about 70m people.

“It is therefore clear that our path to national prosperity lies in pulling millions of Nigeria out of poverty.

“The Buhari has a target of lifting 100m Nigerians out of poverty by the year 2030, a Yahaya Bello administration or presidency will have an additional target of creating 20 millionaires by the same year 2030 with the aim that each of them will empower five other citizens.” 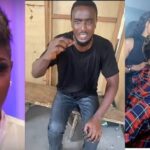 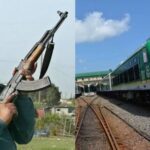