Beninese legendary singer, Angelique Kidjo has defeated Nigerian artists including Wizkid, Femi Kui, and his son, Made Kuti, who were nominated for the 64th edition of the 2022 Grammy Awards.

Wizkid’s loss comes as a surprise to many who had predicted a double win for the singer in both categories following the success of his hit single ‘Essence’ and album ‘Made In Lagos’.

Kidjo, who was nominated alongside Wizkid, Femi Kuti, and Made Kuti, appreciated young Africans that have continued to collaborate with her to promote the continent to the world.

During her acceptance speech, the legendary singer thanked the Nigerian artistes who featured in the album, including Burna Boy, Yemi Alade, and Mr. Eazi.

KanyiDaily recalls that in 2021, Burna Boy bagged the Grammy award in the ‘Best Global Album’ category, while Wizkid won a Grammy for the Best Music Video’ for his role in ‘Brown Skin Girl’, a 2019 song by American pop singer, Beyonce.

Burna Boy was nominated in the same category in 2019 – then known as Best World Music Album – but lost out to Angelique Kidjo at the awards ceremony in 2020. 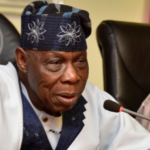 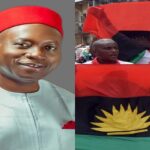