Ekiti State Governor, Kayode Fayemi has joined the long list of aspirants contesting for the 2023 presidency on the platform of the All Progressives Congress (APC). 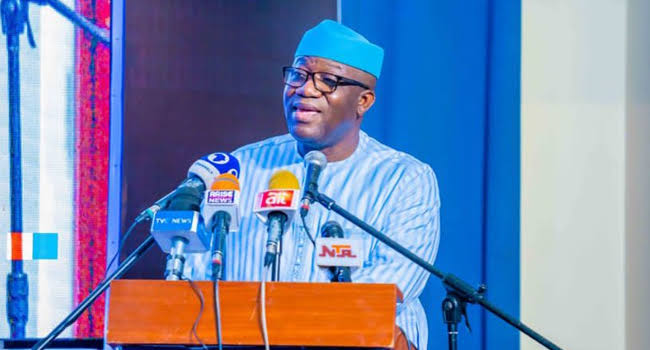 Fayemi, who is also the Chairman of the Nigeria Governors Forum (NGF) made the declaration when he addressed a news conference at the Transcorp Hilton Hotel, Abuja.

He promised to address Nigeria’s security challenge by leading the military in the frontlines against bandits and terrorists.

Mr Fayemi promised to place priority on the economy, agriculture and infrastructure as well as ensure good governance, unity and national cohesion.

The governor said that he decided to join the race after consultations with political associates, traditional rulers and APC ‘critical stakeholders’.

He said he was honoured by by the presence of Nigerians at the declaration, saying that their presence had further encouraged him in actualising his presidential ambition.

“Your presence reinforces my personal conviction that we are at a moment in the history of our country and of the world at large where we must as a people, make the choices that will ensure that our nation is able to prosper in peace, unity, safety and security in the comity of nations.

“At trying times such as we were traversing as a nation which is also being witnessed on a global scale could, if properly managed, be converted into transformatory moments.

“This will allow both for the achievement of a fundamental national reset and a major leap forward in our affairs, as a people, I believe that if guided by the right leadership coalition, Nigerians are determined not to allow tough times to deter them or to lose sight of the gains of a better country,” he said.

Mr Fayemi said he joined the presidential race not with prior assumptions about what it would yield nor with any sense of personal entitlement.

“However, after a careful consideration of where we are as a nation and the many perspectives which are emerging about the challenges, old and new, which we must gird our loins to tackle and transcend, I am convinced that my entry into the race to bear the standard of the APC will offer our members and Nigerians the opportunity to examine competing visions for national rebirth in the best interest of our country.

“And it is on the foundation of a clear vision accompanied by a carefully thought out programme of action that I present my candidature.

“I do so fully convinced on the basis of what I have experienced, heard, and seen about the demands of the times and the aspirations of our people,” he said.

KanyiDily recalls that Kayode Fayemi had said that the President Buhari-led APC government has failed to deliver all the campaign promises to Nigerians. 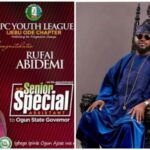