American rappers, Young Thug and Gunna, have been named in a 56-count indictment with at least 26 other YSL members that include RICO charges, murder, gang activity, and more. It was gathered that Young Thug was arrested and booked at the Fulton County Jail. He’s being held on charges of conspiracy to violate the racketeer influenced and corrupt organizations act (RICO) and participation in criminal street gang activity.

A photo of Young Thug being arrested as well as the rapper’s mugshot has also surfaced. He will have his first court appearance on Tuesday at 11:30 a.m.

The rapper’s arrest is the result of a larger grand jury indictment that names 28 members and associates of his label and imprint YSL (Young Slime Life/Young Stoner Life/Young Slatt Life),

The indictment defines YSL as a “criminal street gang” founded in 2012 with an affiliation with the Bloods, the court documents confirm.

Among the names listed in the 56-count indictment is Gunna, who was also charged with conspiring to violate RICO. Yak Gotti, PeeWee Roscoe, and Thug’s brother Unfoonk were also indicted.

READ:  Portable Claims He Came Back To Nigeria To Feature Wizkid, Davido And Burna Boy [Video]

Yak Gotti and four others were charged with murder for the January 2015 death of Donovan Thomas, Jr., who is described by prosecutors as “a rival gang member.” Thug is also accused of renting a car that was later used “in the commission of” that murder.

There’s a long section of the indictment titled “acts in furtherance of the conspiracy,” which includes cites incidents between 2013 and 2022.

Some are examples of crimes committed, including PeeWee Roscoe’s 2015 felony offense of aggravated assault with a deadly weapon—the time he reportedly shot at Lil Wayne’s bus. Roscoe’s conviction was overturned in 2018.

Many of the acts listed under that heading are YSL-related songs, videos, social media posts, and lyrics that are deemed “an overt act in furtherance of the conspiracy.”

So far, Gunna has not been booked at Fulton County Jail. This story is still developing.

READ:  Encomiums Pour In For Nigerian Actress Taiwo Ajayi Lycett As She Turns 80

JUST IN: @youngthug booked into @FultonSheriff on charges of Conspiracy to Violate the Racketeer Influenced and Corrupt Organizations Act & Participation in Criminal Street Gang Activity. He will make his first appearance on Tuesday at 1130 am. @wsbtv pic.twitter.com/LRSeus8Lsc

NEW INFO: I’m reviewing the 88 page indictment and there are some very serious allegations against @youngthug. Follow along for additional details. @wsbtv

This completes the list of defendants and charges: pic.twitter.com/IsfCD8C3OS

KanyiDaily had also reported how 23-year-old American rapper, Ricky Hawk, popularly known as Silento, was arrested and charged for the murder of his 34-year-old old cousin, Frederick Rooks. 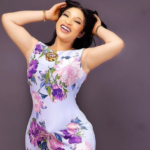