Grammy award-winning singer, Burna Boy has finally broken his silence after he was dragged on social media over the alleged shooting of two fun-seekers by his police escort at Cubana Nightclub in Victoria Island, Lagos State. Police spokesman, Olumuyiwa Adejobi has revealed that the two officers involved had been detained, while Burna Boy would be invited and interrogated about the incident.

Reacting on his Twitter page on Wednesday, the singer said he was not shocked by the reports linking him to the incident, stressing that even if it was reported on social media that he started Boko Haram, he won’t be surprised.

READ:  “I Was Offered N100m To Accuse Davido Of Killing His Friend Tagbo" – Aloma DMW [Video] 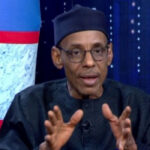