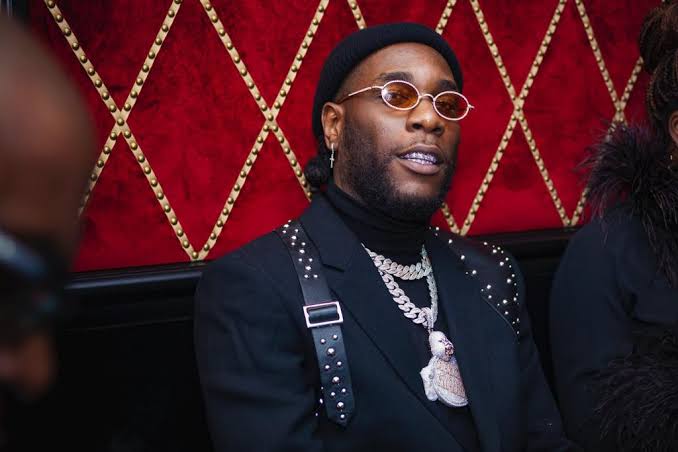 According to PUNCH, preliminary police report by the Bar Beach Police Division showed the incident occurred in the early hours of June 8 when the singer and his security team visited the club.

It is was gathered that upon arriving the venue, four of the musician’s police escorts remained outside while one of them identified as Ibrahim went with him into the club.

Sources said that the ‘African Giant’ crooner was in the VIP section of the club with three women when he reportedly spotted another woman.

The musician was said to have thereafter instructed Ibrahim to invite the woman to join him.

The lady’s husband, Irebami Lawrence, was, said to have kicked against the move and lambasted Burna Boy, insisting that it was disrespectful for any man to make advances at his wife.

After some minutes, the musician was said to have repeated his advances at the woman further infuriating her husband.

“As things were getting heated, Ibrahim brought out his service pistol and shot multiple times while Burna Boy was laughing,” a senior officer was quoted as saying.

READ:  Northern Traders Chased Away By Residents Of Ekpoma In Edo State [Photos]

This caused commotion in the club and some people brought out their phones to record what was happening, but the policemen began snatching and smashing phones.

“They eventually made their way out of the club and also shot into the air in order to escape. While all this happened, the Cubana management did nothing about it. In the first place, they ought not to have allowed anyone to bring in a gun into the club,” said a senior policeman

It was learnt that Burna Boy and his crew drove off to one of his properties in the Elegushi end of the Lekk-Epe Expressway and later Lekki Phase 1.

“Aware of what he had done, Burna Boy took the next flight out without even informing his policemen. He only called them on video later to inform them that he had travelled to Spain. All his police escorts have been arrested and are currently at the command headquarters,” said a top source at the office of the Lagos State Commissioner of Police.

Sources close to the victims said the police were already making attempts to protect Burna Boy because of his status while the victims were treating their wounds at the Lagos State University Teaching Hospital, Ikeja.

“They want to focus all attention on the policemen and absolve Burna Boy of blame. It is obvious that the police will not do anything about the matter just like in the case of Mr 2Kay,” said a friend of the victims.

Jide, brother to the victim, revealed that Lawrence had undergone a surgery to remove the bullet from his thigh on Friday.

Jide further stated Lawrence, who is based in the United States, had only arrived in Nigeria a week ago for a wedding when the unfortunate incident happened.

He also berated the management of Club Cubana for not doing enough to forestall the situation, adding that the club management had not even reached out to the family since the incident occurred

“My brother and his friends came in from the US for a wedding when this thing happened. The annoying part was that Burna Boy was even laughing when this shooting was taking place. He approved of what they did,” he said.

“One of the bullets grazed my brother’s friend in the head while my brother was shot in the thigh. He underwent a surgery on Friday.

“The Cubana people are even denying that anything happened. They have not even reached out to us. It was only the morning of the shooting that a manager at the club, White Lion, interacted with us.”

When contacted, Spokesman for the Lagos State Police command, Benjamin Hundeyin, said the matter is under investigation.

He, however, claimed the command has not received any official complaint from the victim.

Hundeyin said, “It was the policemen attached to him that shot and it is an internal disciplinary matter. They will explain why they had to shoot into the air and the outcome of their explanation during the investigation will determine what steps to take next.

“So, it is an internal thing with the police officers that were with him. Except you have news that Burna Boy was the one shooting; then we will have to investigate how he got the gun and all that. But what we have for now is that the policemen were the ones that shot.

Burna Boy and the club are yet to react to the incident as of the time of filing this report.

KanyiDaily had also reported how a distraughted fan identified as Samuel O has accused Burna Boy of bashing his car and driving off without apology at the Lekki area of Lagod.

READ:  Akon Announces Finalization Of Agreement To Build His Own City In Senegal Called 'Akon City' 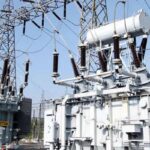