The leadership of the Christian Association of Nigeria (CAN) has condemned the unprovoked attack and the killing of worshippers at St Francis Catholic Church in Owo, Ondo State. 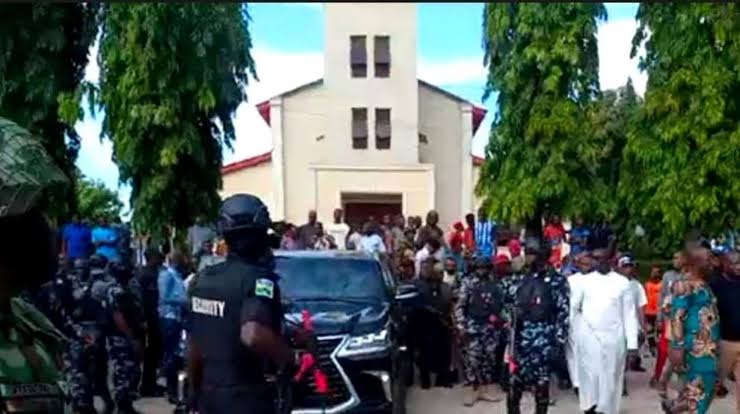 In a statement on Sunday, CAN President, Dr Samson Ayokunle condemned the attack, saying it is sad, wrong, condemnable, outrageous, unacceptable and satanic.

Ayokunle also called on security agencies to apprehend the perpetrators of the dastardly criminality who he described as being “possessed and demonic”.

The statement read, “This is sad, wrong, condemnable, outrageous, unacceptable and satanic. There is no explanation for this unprovoked attack and assault on a place of worship. This is raw persecution.

“These people are possessed, demonic and are not working for the good of the country. May God descend heavily on them and fight them mindless agents of Satan from their roots in Jesus’ name.

“We are once again reiterating our quest for a total overhauling of the security architecture and are asking President Muhammadu Buhari to stop the recycling of those criminals and terrorists in the name of de-radicalising programme.

“If the programme is not counterproductive, how come the criminalities are always on the increase and nowhere is safe again.

“This menace of insecurity has gotten out of hand and is embarrassingly sore. Criminals are operating with impunity all over the country and unfortunately, our government appears to be so busy with the 2023 general election that it has no time for the unending killings in the country.

“If the Federal government is not interested in the State Police, what efforts are being put in place to arrest this unpleasant situation?

“We call on the State Governors to meet with the President to find a lasting solution to these killings. Issuing mere press statements of condemnation and what looks like an empty threat is apparently not a way out of it.

“CAN commiserates with all the bereaved, the Olowo of Owo, Oba Gbadegesin Ogunoye, the Catholic Secretariat of Nigeria and the Ondo State Government.”

Meanwhile, President Buhari has charged security agencies to swing into action and to see to the fact that the perpetrators of this act are made to face the wrath of the law.

Catholic Priest Reveals How He Survived Ondo Church Attack, Says Nobody Was Kidnapped

Buhari Reacts To Gunmen Attack On Catholic Church In Ondo