A building engineer, Haruna Emmanuel has allegedly stabbed his 39-year-old wife, Victoria Emmanuel, and son for refusing to return to their matrimonial home in Kaduna State due to domestic violence. 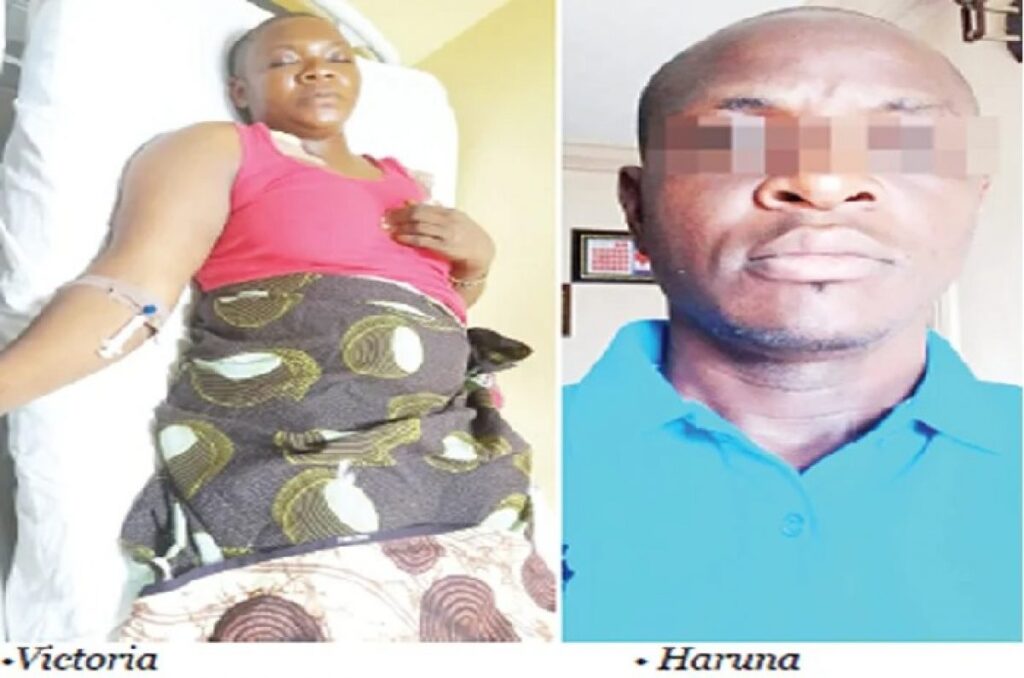 It was gathered Victoria has been enduring domestic violence since she married Haruna 16 years ago, but left their home last year after she was almost strangled to death.

According to Punch, a family friend said Haruna pleaded with Victoria to return to his house, but she asked that he sign an undertaking even though he failed to honor the previous ones that he signed.

The source said Haruna refused to sign the fourth undertaking and Victoria declined to move in with her son until he visited her new residence under the guise of coming to take his children with him.

She said, “What happened was that she was beaten on December 28, 2021. He almost strangled her. She took the case to a human rights group and moved out of his house. Her parents rented another apartment for her. She would have left Kaduna, but she was schooling there.

READ:  Man's Penis And Testicles Cut Off And Given To Pigs For Attempting To Rαpe His Niece

“This was how she has been coping with the torture since she got married to him 16 years ago. Each time she leaves the house, he will come with different ministers of God to meet her parents and he would cry and vow not to do that again, but it continued.

“He has signed undertakings more than three times, but he never honoured them. He signed an undertaking with her parents, another at Sabo Police Station and one at the DSS office. He refused to sign at the human rights organisation because of the conditions.

“She asked him to sign the fourth undertaking; he refused to sign. She refused to move in with him; he left with her second son.”

Narrating what happened, Victoria, who was gasping for breath as she faintly uttered her words, said after several pleas by her husband to return home and she refused, he grabbed her by the neck and stabbed her in the chest and other parts of her body before stabbing their son.

She said, “My son that went with my husband ran back panting and sweating. Shortly his father appeared and started begging me for forgiveness, I told him that I had forgiven him, but can’t stay with him.

“I was about to walk out when he grabbed me from behind and held me by the neck; he had a knife with him and stabbed me in my right chest with force and shouted, ‘Die!’

“He removed the knife and stabbed me in my left and right hands. He also targeted my neck, but I managed to dodge it. He stabbed me in the back. My son was shouting and begging him not to kill me.

“Neighbours were trying to open the door, but they couldn’t. My son summoned courage to push him away. He used the knife on my son’s stomach. The boy narrowly dodged another attempt to stab him before neighbours came to our rescue.”

READ:  Teacher Who Donates 80% of His Salary To Poor Cries As He Receives $1 Million Prize [Photos]

The family friend said Haruna had not been seen after the incident, adding that the stab injuries on Victoria’s right chest made it difficult for her to breathe properly.

She said he dropped the knife, his phones, car keys, and slippers and took to his heels when neighbours were struggling to keep Victoria alive.

The suspect could not be reached as he reportedly abandoned his phones at the scene.

His sister, Esther, aborted calls as soon as our correspondent introduced himself to her. A follow-up message was sent, but she did not respond.

Haruna’s elder brother, James, declined comment on the matter, adding that “We are heading for court and everything will be unraveled there.”

KanyiDaily had also reported how a 41-year-old Nigerian man, Obinna Igbokwe killed himself after shooting his wife, Tangela Igbokwe, and grandmother in the United States. 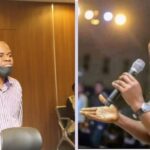 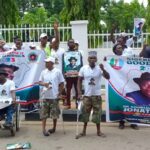