The Nigerian Labour Congress (NLC) has kicked against plan by Kano State Governor, Abdullahi Ganduje to borrow N10 billion for installation of closed circuit television (CCTV) in the state to boost security of life and property. 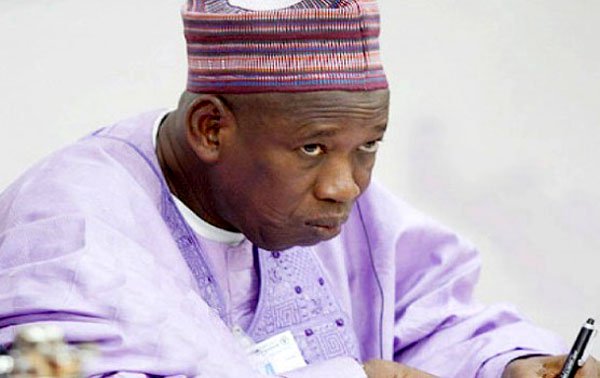 On Wednesday, Kano House of Assembly had approved Ganduje’s N10bn loan request to secure installation of CCTV cameras on the state metropolitan roads and the headquarters of the five Emirates of the state.

Reacting in a statement by its Chairman, Kabiru Ado Minjibir, the NLC condemned Ganduje’s loan request, noting that the governor should pay due attention to payment of pensioners in the state instead.

The statement reads, “The attention of the Nigeria Labour Congress (NLC) Kano State Council has been drawn to the recent approval granted to the Kano State Government by the state House of Assembly to secure a loan of N10bn to provide CCTV Camera for the purpose of improving security in the state.

“While the congress is not in any way against improving the security of lives and property of its citizens which is one of the sole responsibilities of the government, we are of the opinion that, in the face of over N27bn outstanding retirees’ benefits, such a step amount to robbing Peter to pay Paul.

“The congress acknowledges the giant strides by the government in providing security to the citizens. We wish to argue that providing CCTV in the name of improving security is curative, while payment of gratuity and other retirees benefits is preventive, taking into consideration the multiplier effects.”

Minjibir added, “though, the Congress is not unaware that, the liability was inherited by the incumbent government from the previous administrations since the commencement of the contributory pension scheme in 2007 largely due to the non-remittance of monthly contributions by some agencies of government, it is time for the incumbent administration to do the right thing in order to make a difference in the spirit of its change mantra.”

”Indeed, pensioners and workers of Kano State will never forget any administration that settles this menace once and for all. It is based on the aforementioned that we wish to appeal to His Excellency the Executive Governor to make a case to the State House of Assembly for their assent to secure another loan to settle the outstanding Gratuity and other retirees’ benefits in the best interest of justice and humanitarian consideration.

“In fact, what is good for the goose is also good for the gander. We are hopeful and optimistic that His Excellency would consider this our ‘save our souls’ submission in view of the multiple positive stepthe Government will provide.”

KanyiDaily recalls that the Presidential Advisory Committee Against Corruption had recently revealed that Governor Abdullahi Ganduje has many corruption cases to answer.