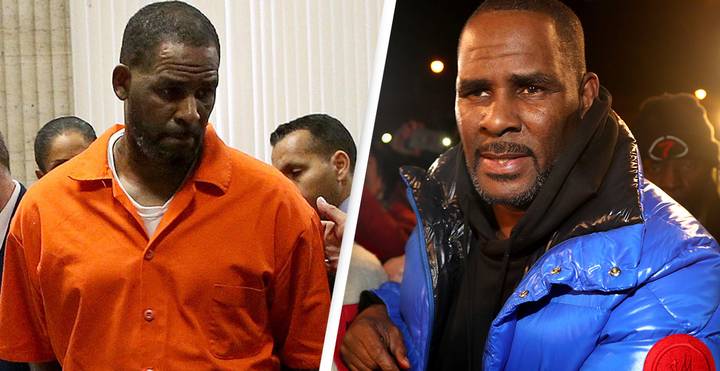 KanyiDaily recalls that the singer’s trial began on August 28, 2021, and has lingered with 15 victims testifying against the singer on charges bothering on racketeering and sex trafficking.

R. Kelly was accused by multiple witnesses of targeting, grooming, and exploiting young women and men “for his own sexual gratification” and running a “sex cult” by trafficking people across state lines.

The 55-year-old singer was sentenced on Wednesday, June 29, 2022, after he was convicted of racketeering and sex trafficking in September last year following a nearly six-week trial.

Judge Ann Donnelly handed down the term in the Brooklyn federal court nearly a year after the 55-year-old Kelly was convicted by a New York jury.

Before the judgment on Wednesday, the court heard how Kelly used his celebrity status and influence to lure women and children into sexual abuse over two decades.

Jurors at his six-week trial in Brooklyn heard how he trafficked women between different US states, assisted by managers, security guards and other members of his entourage.

The court also heard how Kelly had illegally obtained paperwork to marry singer Aaliyah when she was 15 in 1994, seven years before the singer died in a plane crash.

The certificate, leaked at the time, listed Aaliyah’s age as 18. The marriage was annulled months later.

Federal prosecutors had recommended that Kelly be sentenced to more than 25 years in prison, given the seriousness of his crimes and “the need to protect the public from further crimes”.

But his lawyers called for a sentence of 10 years – the mandatory minimum for his conviction – or less. They portrayed Kelly as growing up poor in a household rife with domestic violence and suffering sexual abuse from a young age.

“The verdict is in: R. Kelly has been sentenced to 30 years,” the US attorney’s office for the Eastern District of New York said in a tweet.

READ:  Sina Rambo's Mother-In-Law Calls Out Davido For Threatening Her Daughter Over Chioma

“My Father Never Wanted Me To Be A Musician” – Governor Soludo’s Son, Ozonna