The senator representing Adamawa North, Ishaku Abbo has distanced himself from the presidential aspiration of Bola Tinubu, the flagbearer of the All Progressives Congress (APC) over his choice of Muslim-Muslim ticket. 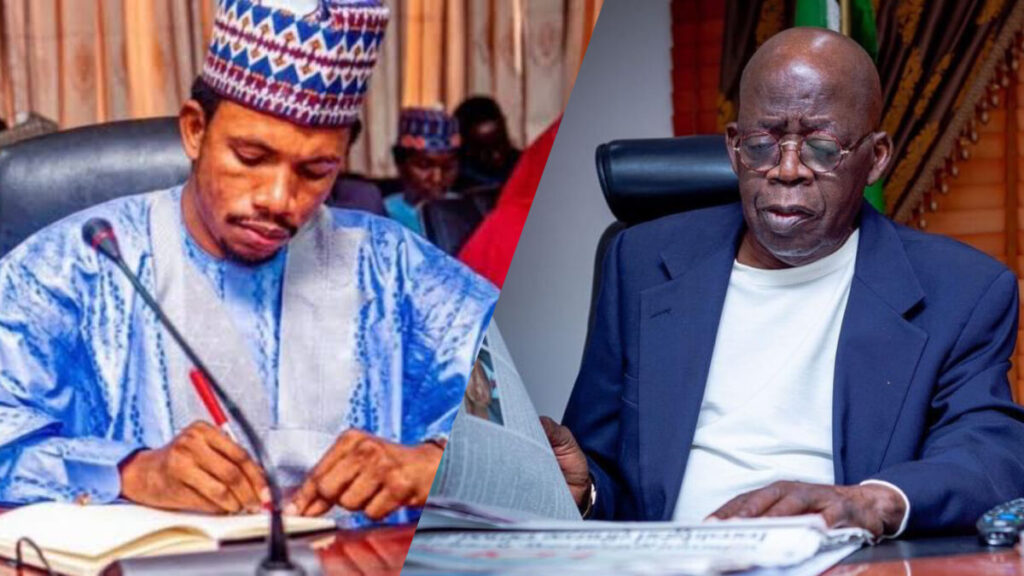 KanyiDaily recalls that Tinubu had on Sunday announced his fellow Muslim, Kashim Shettima, a former Borno State Governor, as his running mate for the 2023 presidential election.

Speaking with Peoples Gazette on Monday, Senator Abbo resigned his position as a member of Bola Tinubu support group, saying “it is very irresponsible of Tinubu to take his political survival over the stability and peace of Nigeria.”

“For Tinubu now to be given the ticket and turn around to do what he couldn’t achieve in 2015 despite opposition from Catholics and other Christian leaders is extremely irresponsible,” he added

He accused Tinubu of refusing to take a cue from the opposition against his vice-presidential ambition and how President Muhammadu Buhari opted for a Christian running mate in 2015.

“Buhari fought a civil war and understands the consequences of a divided nation. When Tinubu wanted to be VP in 2015, Buhari said no because he understood the importance of unity,” Abbo said.

Senator Abbo explained how he met with a support group in Abuja in search of a running mate for Mr Tinubu. The group concluded that Tinubu should not pick a Muslim as his running mate for the 2023 presidential election.

“We sat down in Abuja and strategised, and we concluded that he should not take a Muslim as running mate. He (Tinubu) threw away the report,” he added.

“My conscience will not allow me to campaign for Tinubu. I am a member of CAN; I cannot deny CAN. I remain in APC. But I will take the survival of my country first over political considerations.

“We cannot work for such a man. I will oppose (a) Christian-Christian ticket because I am invested in the stability of this country.

“A Christian-Christian ticket will be insensitive to Muslims of this country. The country is evenly divided among Muslims and Christians. So any government that is Muslim-Muslim will be illegitimate and will never gain the respect of Christians.”

KanyiDaily had also reported that the Northern Elders Forum had listed three things that would happen following Bola Tinubu’s choice of Muslim vice-president.