A chieftain of the Labour Party (LP), Doyin Okupe says talks on an alliance between his party’s presidential candidate, Peter Obi, and flagbearer of the New Nigeria Peoples Party (NNPP), Rabiu Kwankwaso, have collapsed. 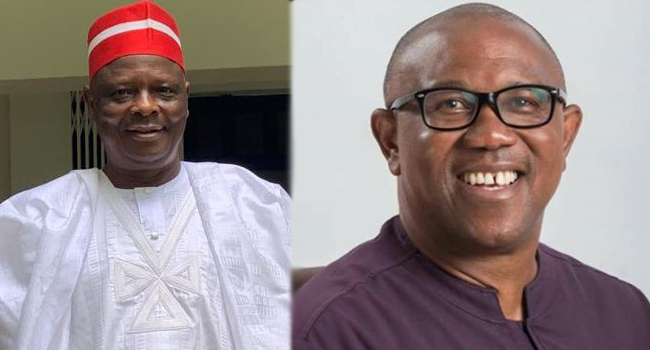 The elder statesman, who is the placeholder vice-presidential candidate of the Labour Party, disclosed this on Channels Television Politics Today program on Tuesday.

Okupe said contrary to the expectations of many people, there would be no alliance between the duo Kwankwaso and Obi because the talks have been dead and buried.

He said, “Those discussions about mergers, alliance were led by me from our side and it’s dead and buried. The Labour Party and its presidential candidate have long since withdrawn from that conversation.

“It was NNPP that tried to continue to benefit from the traction of the popularity of Obi. The talk about the alliance had been dead for over four weeks.”

He said since the collapse, his party felt it was not necessary to go public on the matter, adding that the time had come for him to come clean on the proposed merger.

Okupe said: “We decided not to talk about it. But I can tell you and Nigerians now that the much talked-about alliance had been dead for more than weeks.

“The proposed alliance could not go following a question I asked the proponents of the idea – whether it is fair for another Muslim from the Northern extraction to take over from the current government. The other side seemed not to see anything wrong in that. Hence, we pulled out of the talk.”

He also said the influence of Kwankwaso is limited to Kano, adding that the latter doesn’t have the capacity to fulfill the aspirations of youths on national development.

READ:  Woman Dies As Suspected Yahoo Boy Runs Over Her With His Car In Ibadan

“For Kwankwaso to come on national television to play an ethnic card, saying the north will not vote for a candidate in the south-east, this is a man that is electorally restricted to Kano and that’s the problem,” Okupe said.

“He’s judging everybody else in the north with the prism of what he sees in the Kwankwasiyya movement in Kano.

“How do you measure seniority in politics? Is it age or how many years you’ve been in politics? And that’s not the issue right now. The issue is who can solve the problem facing the country.

“What Kwankwaso is delving into and relying on is that he’s been speaker of the house of assembly, a senator, a governor for two terms. That doesn’t answer the question the young Nigerians are asking.

“The young Nigerians are saying ‘our future is in dire straits and we need a man that can drive the country well’. Kwankwaso has nothing in his background that convinces anybody that he can match Peter Obi. It’s not a matter of seniority; it’s a matter of capacity.

“Obi is a man that possesses all the elements to fix this country. He will win five states in the Southeast. In the Southwest, there is no way Obi will not score between 40 and 45 percent votes in that region.

“Ultimately, Obi will win nearly 50 percent across the country and 25 percent votes in about 24 states in the country,” Okupe predicted.

KanyiDaily recalls that another chieftain of the Labour Party, Victor Umeh had also accused the New Nigeria Peoples Party (NNPP) of misleading the public with talks for a possible merger between the two parties ahead of the 2023 general election.

2023: Peter Obi Is Not Our Member, Stop Linking Him To Us – IPOB Warns Kwankwaso