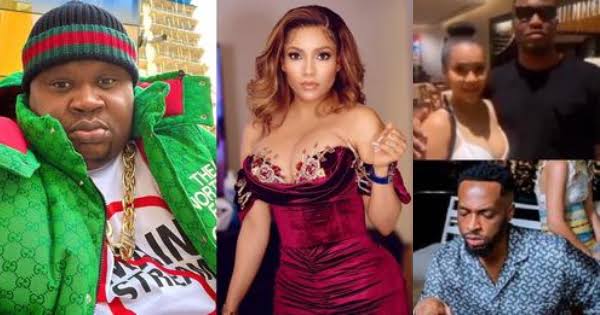 He alleged that his sister gave up on her marriage after she found out that her husband sponsored Maria in BBNaija, and also caught the reality star with her husband in Dubai.

In a series of tweets on Sunday, July 3, 2022, the reality star denied sabotaging Kelvin’s marriage while also dismissing claims that she had multiple sexual affairs.

She wrote, “My Dear Nigerians,I understand we live in such a hypocritical world and everyone is a saint unless you’re in the public eye then your shi* stinks the most.I adore marriage and wish all those in a HAPPY marriage nothing but luck,I love and respect the idea of one man to one woman.

“if I ever got married I wouldn’t want to get a divorce,I would try to make everything work, but our modern age keeps proving the old fairy tale of our ancestors are no longer a thing of bliss.

“The likes of Hale berry, Kim , Jlo etc, keep proving that if you aren’t happy, you have the God given right to leave AFTER you’ve tried your best to make it work. I dislike failure and wouldn’t want to fail in marriage. Dating is as amazing as marriage, as long as two people are true to each other that’s all that matters in my opinion.

READ:  "They Are Scared Of Me” - Omah Lay Reveals Why His Colleagues Don’t Support Him

“And for the rumours of me sleeping with several married men including a pastor 😂, WE both laughed at it cause we literally breathe each other’s air day in day out and no room for dishonesty.

“And also if I ever chop breakfast I’ll chop it with ice cream. Cause this is life But I’ll always be happy that’s a given and I promise myself that on this Gods given earth. But for now I just want to dance under the sunset make nobody stop my enjoyment.”

KanyiDaily recalls that Maria Chike Benjamin had recently revealed that she doesn’t want to get married because marriage is a scam.