Popular Nigerian singer, Davido has reportedly reconciled with his former fiancee, Chioma Rowland, the mother of his first son. Davido Back With Chioma

The ex-lovers, who had been engaged since 2019, were alleged to have separated in 2020 after Davido welcomed his fourth child with a UK-based makeup artist, Larissa London.

Although Davido and Chioma have never spoken about their slip, the ex-lovers have both been spotted with different partners since the news about their breakup emerged.

On Thursday, August  11, 2022, the singer’s aide, Gidiboy revealed in an Instagram post that the pair have rekindled their love and are now back together.

Sharing an old video of Davido and Chioma at a boutique, Gidiboy described the pair as “001 and 002”, stressing that “THEY ARE TOGETHER ❤️, forever to go”.

Watch the video below,

KanyiDaily recalls that Nollywood actress, Sonia Ogiri had revealed that Davido, would have married Chioma Rowland a long time ago, if she didn’t get pregnant for him.

READ:  Pastor Arrested For Raping His Own Daughter, Leading To 3 Pregnancies Aborted By His Wife 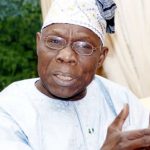