Officials of the Rapid Response Squad (RRS) of the Lagos State Police Command has arrested a 35-year-old ex-convict, Yekini Opeyemi with two 2.8 KVA generators, suspected to be stolen items. 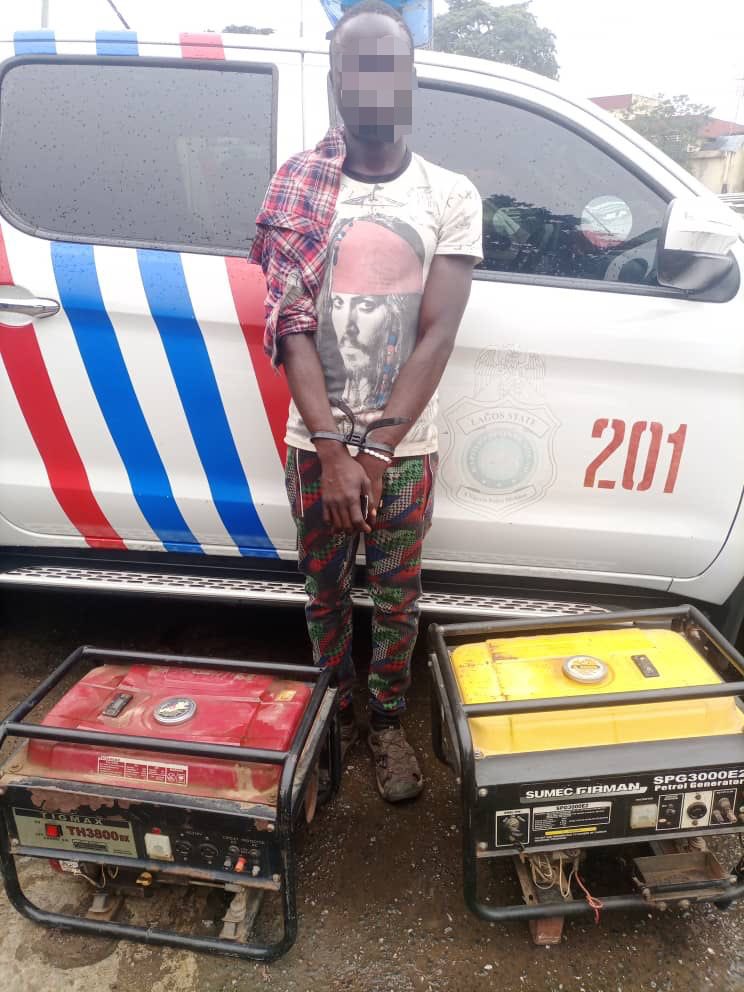 Spokesman of the command, Benjamin Hundeyin stated this in a statement issued on Wednesday, September 14th.

Hundeyin said the suspect, allegedly working as a guard at Ojota New Garage, Lagos was arrested over the weekend.

According to the police image maker, Yekini was arrested at about 4:00 a.m. near Odo-Iya Alaro, Ojota in company of others (now at large) trying to load one Firman and one Tigmax generator, 2.8 KVA each, into a Volkswagens Golf car.

“The driver on sighting the police officers sped off, leaving Yekini behind,” Hundeyin said.

“Investigation revealed that Yekini, who arrived Lagos last week was employed as a security guard at Ojota New Garage.

“When accosted, Yekini, who has been imprisoned on four different occasions over separate incidents, could not give any satisfactory explanation about the generators.

“The Commissioner of Police, CP Abiodun Alabi, while commending the RRS Commander, CSP Yinka Egbeyemi, has directed that the case be transferred to the State Criminal Investigation Department, Panti for further investigation and prosecution.”

Officials of Rapid Response Squad (RRS) over the weekend arrested an ex-convict allegedly working as a guard at Ojota New Garage for being in possession of two suspected stolen 2.8 KVA generators. pic.twitter.com/3PULmkIcv1

Meanwhile, Kanyi Daily had reported that two generator cable thieves were rescued by the Lagos police command from being lynched by angry mob in the Yaba area of the state.

Before they were rescued, the mob had already given them severe beating. 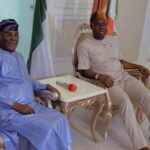 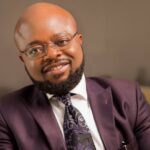