Nigerian aviation workers have embarked on a nationwide protest over an “obnoxious” legislation seeking to prevent trade unions in the sector from demonstrations. 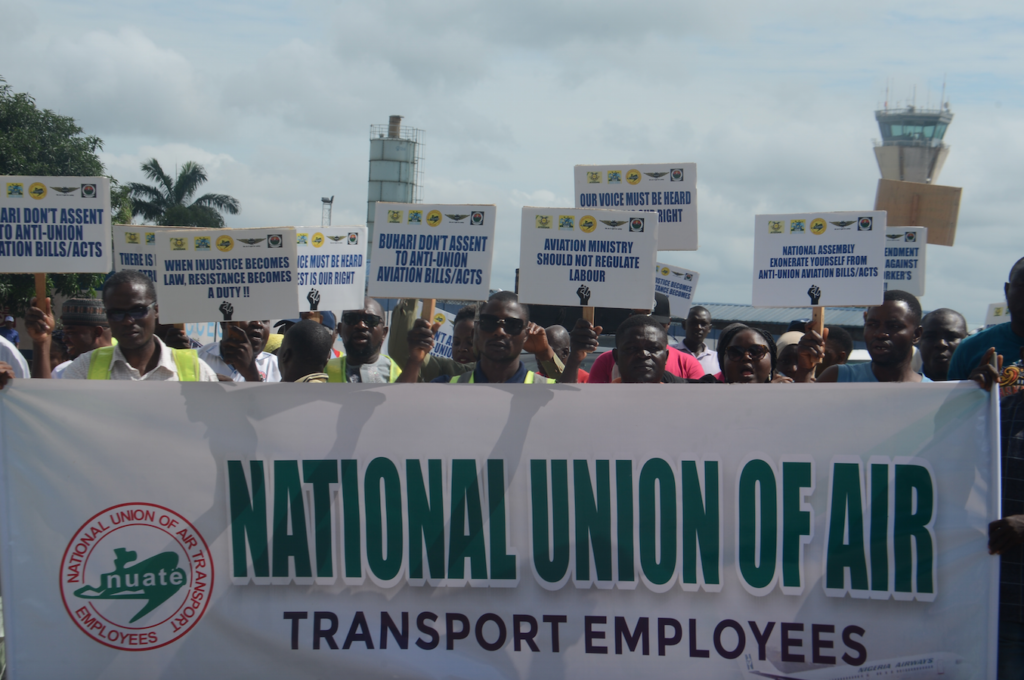 It was gathered that the unions in the aviation sector had directed their members to “embark on peaceful rallies/public demonstrations at all airports in Nigeria to demand the expunging of obnoxious Essential Service clauses from the Bills/Acts of the aviation agencies” on Monday.

On Monday, the workers were seen carrying banners and placards with several inscriptions and sang solidarity songs as they marched on the streets of Lagos.

The president of the National Union of Air Transport Employees (NUATE), Ben Nnabue who spoke to TheCable, said the protest is simultaneously taking place in all the airports in the federation.

Nnabue said the workers are demanding the removal of a clause in an act establishing aviation agencies that seeks to prevent trade unions from protesting.

He added that the union has given the federal government a 14-day ultimatum for them to look into their demands, else, the workers would embark on a strike which would possibly shutdown airport activities.

“Sometime last year, we went to the national assembly to amend the act establishing the agencies, so that it would be more progressive. There was one obnoxious clause that talked about trade unions not going on strike,” Nnabue said.

“We were shocked that before they sent it to the president for assent, those clauses were maliciously inserted. So we have to fight for them to remove it. That’s the whole idea.”

READ:  Watch The Moment A Mother Caught Her Teenage Daughter In Bed With Her Boyfriend [Video]

“It is a peaceful demonstration. It is after now and they didn’t hear us or didn’t look at our demands, then we get to the level of grounding the operations of airports.

“We have given government 14-days ultimatum to look at our demands, after which we now do what is called strike,” he said.

“It’s a peaceful demonstration. So, it’s not disrupting anything. They’re demonstrating in respect of the FAAN act that is proposed by the government to be removed,” she said, confirming the protest in Lagos. 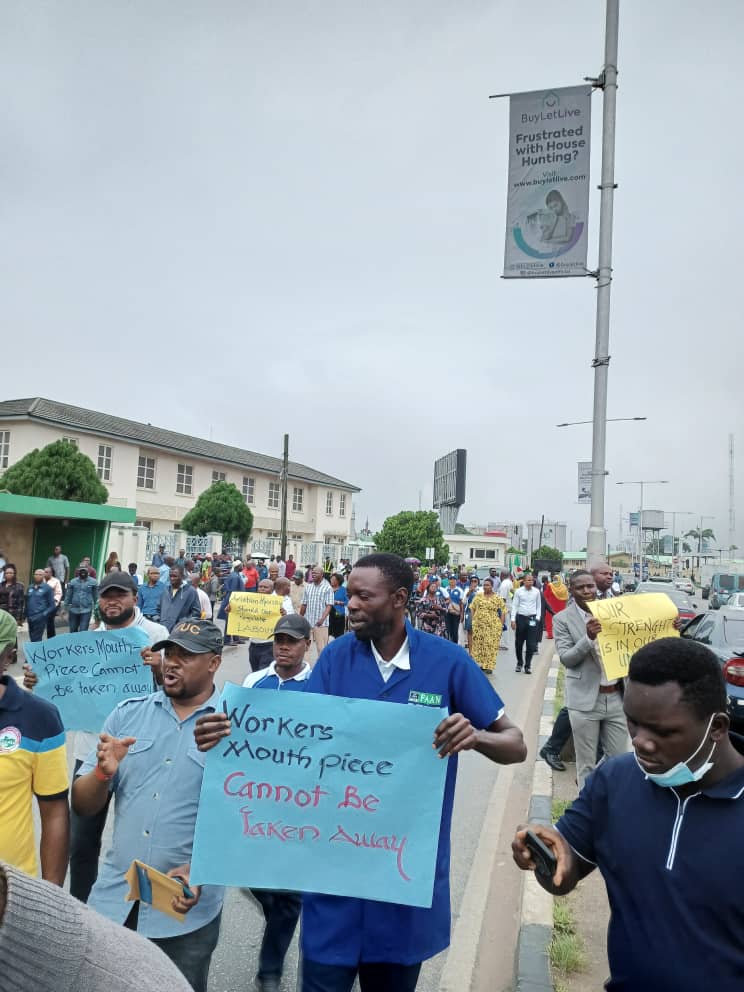 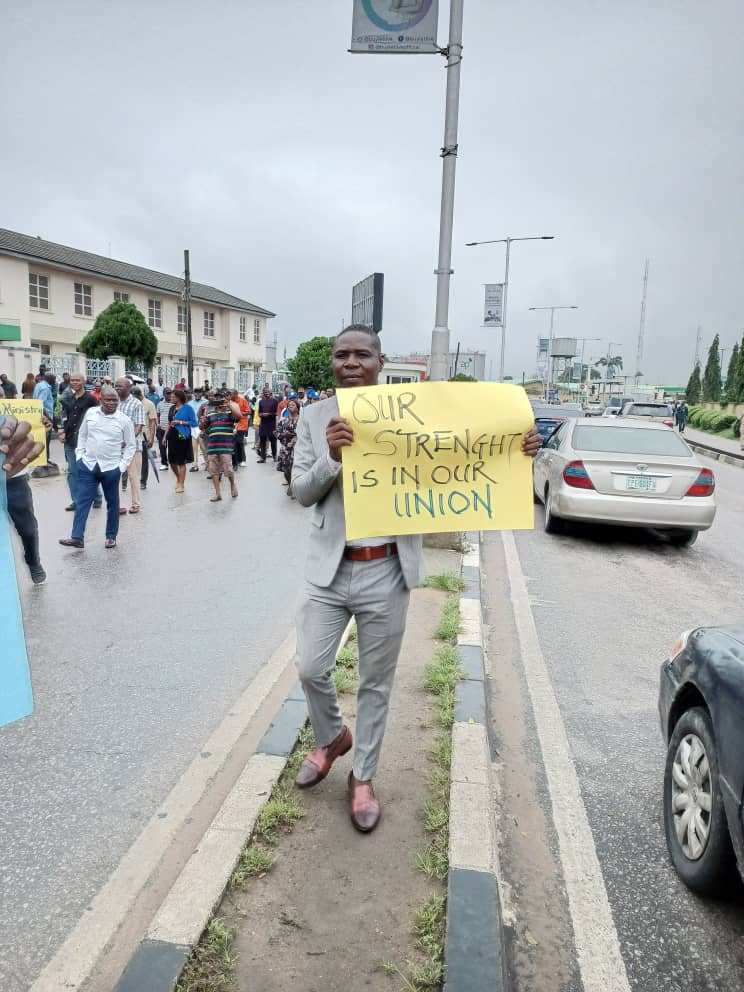 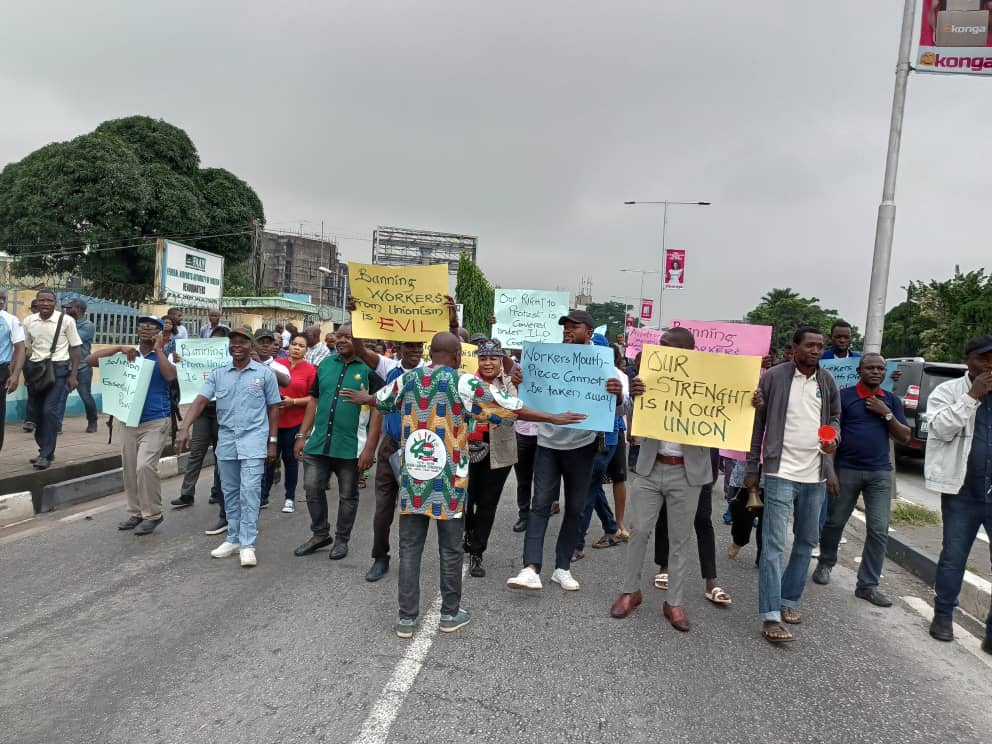 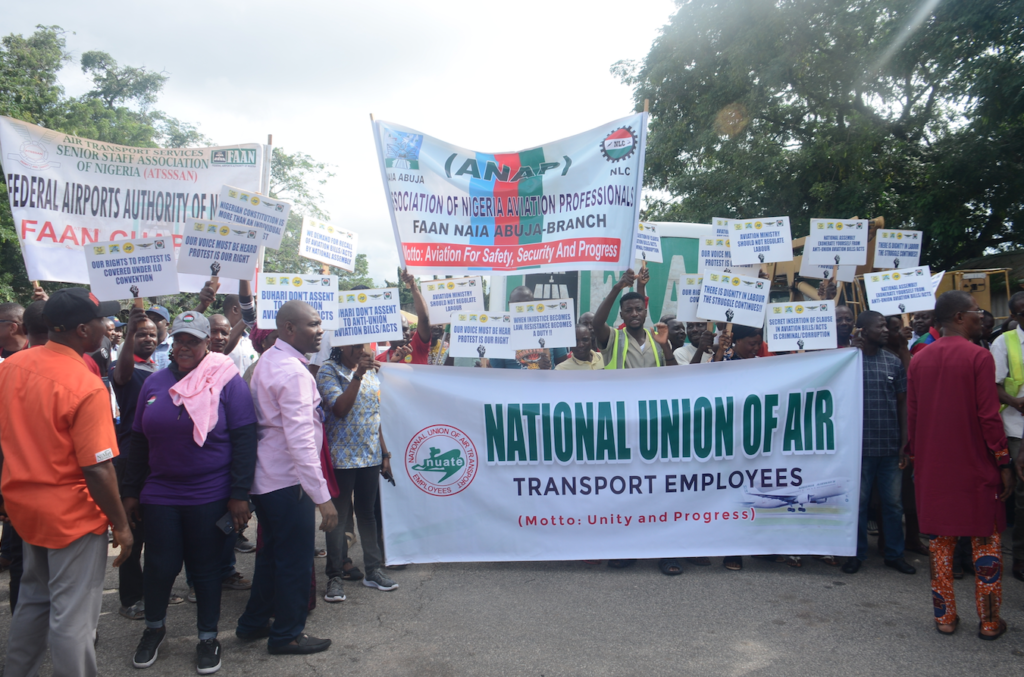 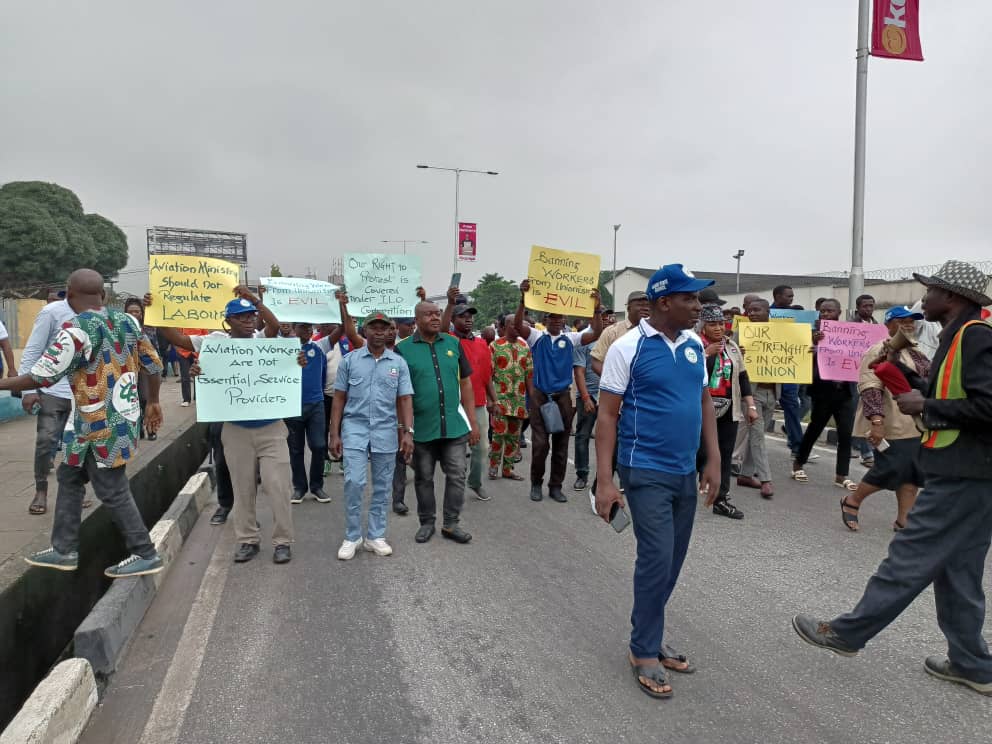 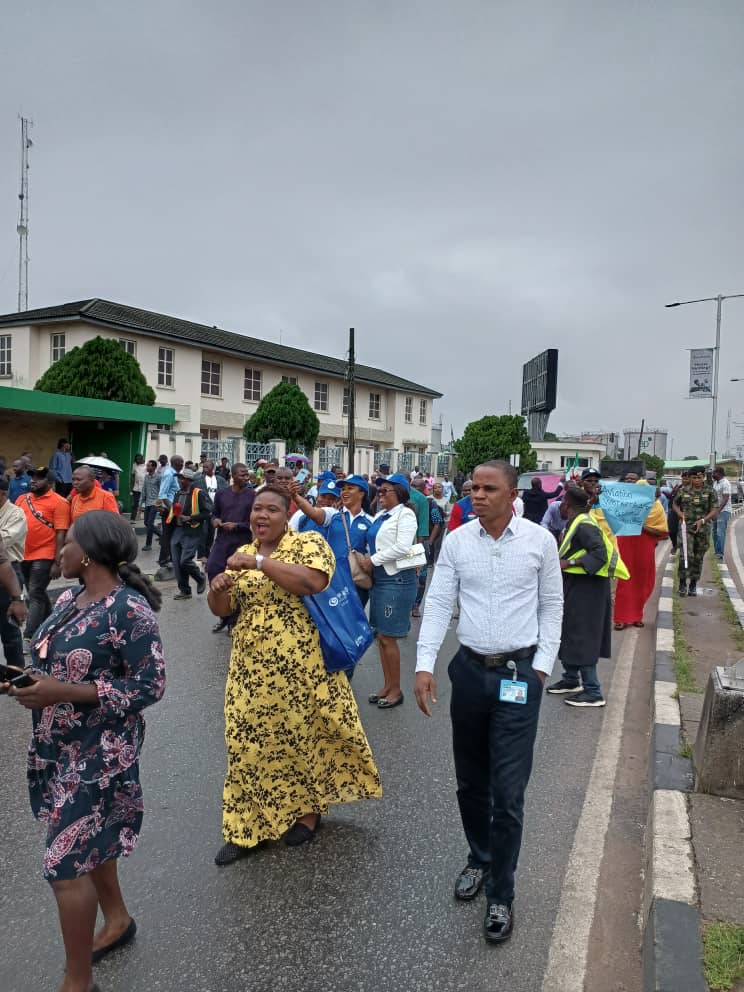 KanyiDaily recalls that Nigerian Airlines had announced plans to shut down operations from Monday until further notice as a result of the high cost of aviation fuel.

READ:  "Life Not Worth Living In This World" - NYSC Member Says As She Commits Suicide In Enugu 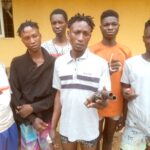