The residences of two senior aides to President Muhammadu Buhari inside the precinct of the Presidential Villa in Abuja, have been attacked by armed men suspected to be robbers. 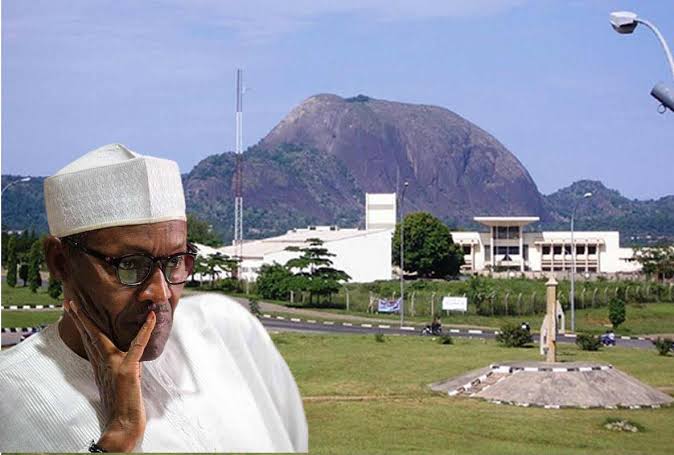 According to Peoples Gezette, Buhari’s chief of staff, Ibrahim Gambari and the admin officer, Abubakar Maikano, were forced to abandon their residences when the armed robbers invaded the Aso Rock villa on Sunday, May 9, 2021.

“Their houses were robbed and the robbers packed money and other valuable assets from both houses,” an aide to the informed about the robbery told The Gazette.

“It was not immediately clear whether or not valuable documents of state interest were carted away by the intruders, but The Gazette heard that the residences were thoroughly ransacked.

“The robbers took away as much as possible from both places,” a security officer that confirmed the incident said. “What is more unfortunate is that no one has been arrested.”

Bashir Ahmad, the Personal Assistant to the President Buhari on Digital and New Media, reacted to the news Twitter, claiming the report was fake.

He tweeted: An exclusive FAKE NEWS from this news blog, that is what is expected from you, fake news and more fake news.

An exclusive FAKE NEWS from this news blog, that is what is expected from you, fake news and more fake news. https://t.co/5lmrltKIwG

But the Senior Special Assistant to the President on Media and Publicity, Garba Shehu, confirmed that the incident occurred very early on Monday morning.

While he was silent on the attack at Maikano’s residence, Shehu noted that Gambari confirmed what he described as a foolish attempt to burgle his house.

The presidential aide was however silent on whether any arrest was made given the level of tight security network around the residence.

“The Chief of Staff, Professor Ibrahim Gambari, has confirmed that there “was a foolish attempt” to burgle his residence at 3:00am this (Monday) morning, but it turned out to be unsuccessful,” the President’s spokesman said in a tweet.

“Professor Gambari, whose house is on a street next to the Villa, has assured that there is nothing to worry about from the incident,” he tweeted.

Professor Gambari, whose house is on a street next to the Villa has assured that there is nothing to worry about from the incident.

This comes amid the disturbing rate of insecurity in the country with several calls on the Federal Government to secure the lives of the people and their properties.