The Peoples Democratic Party (PDP) has raised the alarm over an alleged plot by the All Progressives Congress (APC)-led Federal Government to arrest its supporters on trumped up charges ahead of the Edo State Governorship Election. 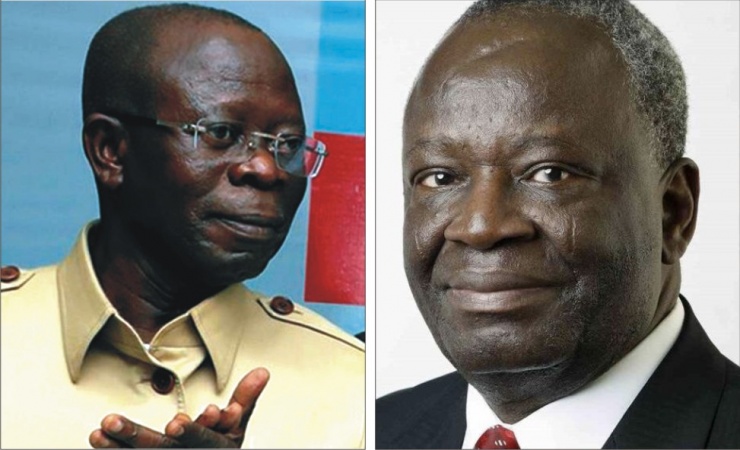 A video had emerged online on Tuesday showing the former APC National Chairman, Adams Oshiomhole, and the Chief of Staff to the President, Prof. Ibrahim Gambari, at the Presidential Villa, discussing the arrest of certain individuals, ahead of the September 19 governorship election in Edo.

Reacting to the video during a press conference on Tuesday in Abuja, the National Publicity Secretary of the PDP, Kola Ologbondiyan said that the APC administration owes Nigerians an explanation on the trending video.

“Nigerians were alarmed by the video in which Oshiomhole was seen emphatically urging the Chief of Staff to Mr President on the need to clampdown on certain unnamed Nigerians to achieve political suppression and submission ahead of the Edo election.

“Our national campaign holds that the presence and involvement of the Chief of Staff to the President and the fact that the discussion held within the precincts of the Presidential Villa, have made the Presidency complicit and place a huge burden on President Muhammadu Buhari.

“Already, there is anxiety in the public space that the discussion between Oshiomhole and Prof. Gambari as captured in the video is an extension of discussions that must have been held behind closed doors in the Presidential villa.

“The video has validated earlier revelations of plots by Oshiomhole and the discredited APC governorship candidate, Osagie Ize-Iyamu, to use compromised security operatives being mobilized by certain individuals in the Presidency, to arrest innocent Nigerians, including traditional, faith-based and community leaders on trumped-up charges.”

The PDP insists that Oshiomhole and the APC candidate have completely lost ground in Edo State, hence the plot to clamp down on the people.

The party asked Nigerians to hold the presidency responsible should there be cases of illegal arrests, assassinations and unexplained killings, sudden disappearances of prominent people, accidental discharge by federal security operatives and mysterious accidents.

PDP advised Buhari to reassure Nigerians by immediately ordering that Adams Oshiomhole and Gambari be pulled in for questioning over the video.

“Anything short of decisive action on this matter will further indict the Buhari Presidency especially coming on the heels of public anxiety over Mr. President’s widely condemned comment on the use of security forces for elections”, the party said.

However, the Senior Special Assistant to the President on Media and Publicity, Garba Shehu, described the trending video as “an ingenious patchwork of mischief.”

Shehu said this in a Tuesday statement that the video was extracted from an innocent conversation focused on the emerging incidents of violence in the run up to the election.

He said that Gambari and Oshiomhole will never work against their values of protecting Nigerians, adding that the President did not support violence of any sort.

“It is very important to strongly dispel misguided messaging amongst commentators, rights activists, advocates and journalists who have been reacting to a trending short video clip, alleging that the Chief of Staff, Professor Ibrahim Gambari and Chief Adams Oshiomhole, the former All Progressives Congress, APC chairman had hatched a plan to arrest opposition individuals ahead of the September, the election in Edo State.

“Firstly, it is important to state that the video was an ingenious patchwork of mischief, extracted from an innocent conversation focused on the emerging incidents of violence in the run-up to the election.

“It is equally a fact that various political parties campaigning in Edo have levelled accusations of violence against one another. In such a heightened state of uncertainty, responsible leadership must ensure that elections are conducted in a peaceful manner and if warranted, judicious use of Law enforcement to protect lives and properties of citizens is mobilized thus preventing criminal elements from subverting the democratic process. This message has consistently been repeated by Mr President. He does not support violence of any sort and its propagators will be brought to justice. ELECTIONS MUST REFLECT THE WILL OF THE PEOPLE.

“Equally important, is that the persons in the video, Professor Gambari and Comrade Oshiomhole have a history and track record of working to protect the rights of Nigerians and humanity of all walks of life, especially the poor and marginalized; and as such will not be found encouraging any conduct that runs counter to these values.”

Can you make out exactly what Oshiomhole is saying in this video? pic.twitter.com/w5zpFMmtZ3

READ:  You're On Your Own! Presidency Tells APC Leaders, Buhari Will Not Interfere In Supplementary Elections 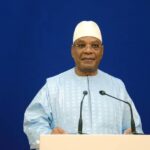 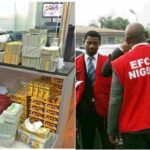