The Meteorologist at Spectrum News NY1 in NYC, Erick Adame, who was suspended and then fired for performing on an adult webcam site has appealed to employers of labour to judge his hundreds, thousands of hours of television, instead of “the couple of minutes of salacious video.”

This is just as he said he doesn’t apologise for “openly being gay or for being sex-positive—those are gifts and I have no shame about them.” 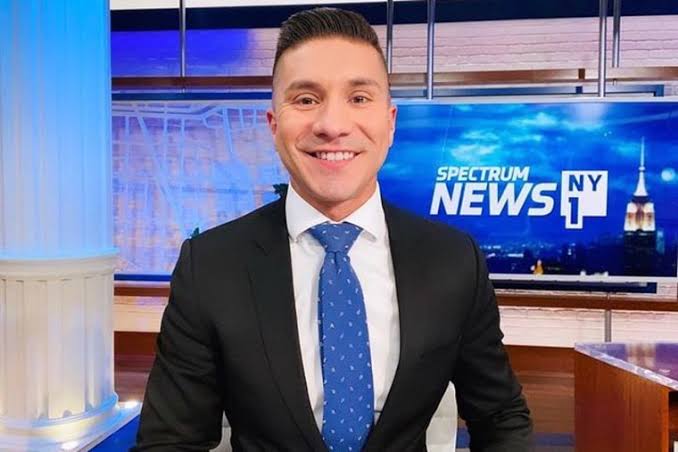 Adame, a two-time Emmy-nominated meteorologist was recently removed from his role at the organisation following the leak of the webcam footage.

Images of the weatherman performing on a webcam site was leaked to his employer, as well as his mother.

Taking to his official Instagram handle to clear the air about why he got sacked from his job in a lengthy statement, Adame said he wanted to share his truth, “rather than let others control the narrative of my life.”

He said he secretly appeared on an adult webcam website while still being employed with Spectrum News NY1, stating he acted out his “compulsive behaviors, while at home, by performing on camera for other men.”

He claimed the interactions were “100% consensual”, noting he didn’t make any money for the things he did on camera.

Adame however, apologised to his employers at Spectrum, who eventually found out about his actions, as well as his audience, family, friends, and coworkers for any embarrassment he caused them.

His post reads, “I have recently been terminated from my job as the meteorologist at Spectrum News NY1 in NYC. I am taking this opportunity to share my truth rather than let others control the narrative of my life.

“My psychiatrist calls my actions, “compulsive behavior,” others would call them reckless, stupid or brazen. I’m not in a position to argue with any of these descriptions.

“Despite being a public figure and being on television in the biggest market in the country in front of millions of people five days a week for more than a decade and a half, I secretly appeared on an adult webcam website. On this site, I acted out my compulsive behaviors, while at home, by performing on camera for other men. It was 100% consensual on both of our parts. I wasn’t paid for this, and it was absurd of me to think I could keep this private. Nonetheless, my employer found out and I was suspended and then terminated.

“First and foremost, I unequivocally apologize to my employers at Spectrum, my co-workers, my audience, my family and my friends for any embarrassment or humiliation I have caused you. You expected and deserved better from me.

“I can’t take it back, and I can’t change what I did, but I am getting the professional help I need so I can make appropriate decisions that don’t affect those I care deeply about, as well as my career, as I move forward in my life.

READ:  "Born Gay Is A Gift, Being Lesbian Is Not A Crime" - Pastor Jide Macaulay Declares

“As a public figure I recognize that I have certain responsibilities that come along with the privileges I enjoyed. But, let me be clear about something: I don’t apologize for being openly gay or for being sex-positive—those are gifts and I have no shame about them.”

He regretted, “Right now I’m adrift in my life for the first time in many years. I had the job of my dreams and I lost it due to my own lapse in judgment. But, I’m optimistic, and perhaps naive enough to think that I can be back on television and do this again someday. After all, the odds were against me almost two decades ago as the son of working-class Mexican immigrants who was the first in the family to go to college; the first to be on television; the first to ‘make something of himself.’

“I’d like to say something to the News Directors across the country—those who will make the ultimate decision on whether or not to hire me in the future: Please judge me on the hundreds, thousands of hours of television that I am so proud of and that my employers have always commended me for, and not the couple of minutes of salacious video that is probably going to soon define me in our ‘click-bait’ culture.

“Think about your management of the newsroom-what have you overlooked, forgiven or ignored? In the end, all talent is fallible, full of human foibles, and your job is not made easier by our antics. One thing I can promise is that I have learned a lesson and I will be an exemplary employee and the most informed and enthusiastic meteorologist you have ever seen.

“However you feel about me as a colleague, viewer or friend, I appreciate you taking the time to listen to what I have to say. It means a great deal for you to hear this from me, in my own words. And again, even at this horrible, humbling moment, I have nothing but love and gratitude for all of you and the world. I absolutely loved my job and being a part of your day for years was an absolute honor. I have been blessed and know it and will act accordingly moving forward.”

In other news, Kanyi Daily had reported that at least 35 people have been killed in Iran during a protest over the death of a 22-year-old woman, Mahsa Amini, who died in police custody after she was arrested for breaking rules on wearing hijab.

READ:  "There Will Only Be Dad And Mum" - President Putin Rules Out Russia Gay Marriage In Russia 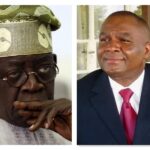 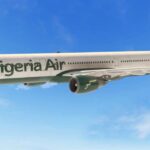