A mother of four has been left heartbroken after a hidden camera caught her “perfect husband” cheating on her with his male best friend. 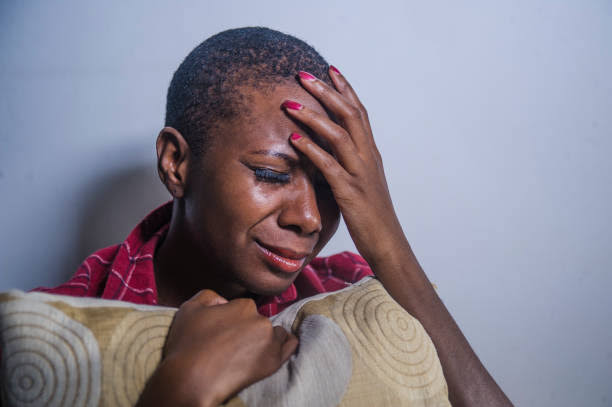 The woman’s younger sister, who shared the story on social media, said his sister was suspicions about husband who spends too much time chatting with his male best friend.

She decided to place CCTV cameras inside the house without the husband’s knowledge and it caught the ‘gay man’ having sex with his bestfriend.

The husband, who had been married to the woman for nine years, has reported dumped his wife and four children as he is nowhere to be found.

The post reads, “Good afternoon admin…post for me and hide my id…I come here on behalf of my elder sister who has been married for 9 years with 4 kids(quadruplets). Her husband was so perfect, we always admired her marriage. last year she asked me if it’s normal that her husband spends hours laughing and chatting with his Male bestfriend and I told her its normal, weeks later she told me that she was having a feeling that the husband brings ladies home when she’s out of town, so I encouraged her to put CCTV cameras inside the house without the husband’s knowledge and she did…

“So last week she brought her kids to my house with their clothes including school uniforms saying the husband and her were traveling out of the country for 2 weeks,later that evening she sent me an audio saying that I should forgive her incase of anything and shared her account details that the kids will be more safe with me..when I asked her why,she sent videos of the husband having sxx with his bestfriend…..we found her at her home and she isn’t okay…the so called husband is nowhere to be seen…even his work place don’t know his whereabouts, it’s like his vanished …

“She’s not talking or eating not even bathing…I asked if she would like to report the husband to the police but she just laughed and said “no, I Know what to do”..how do I help her with coping and healing cause she seems to have a plan of doing something unspeakable??”

READ:  Woman Claims Buhari's Daughter Ordered Security Operatives To Walk Her Out Of A Boutique In Abuja 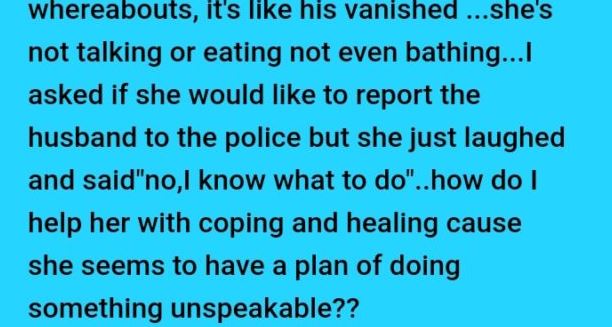 KanyiDaily had also reported how a 37-year-old mother of two children died during sex romp with her married lover in Adamawa State. 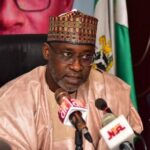