The Media Office of Peter Obi-Datti Presidential Campaign has reacted to a comment made by a former National Chairman of the All Progressives Congress (APC), Adams Oshiomhole against the presidential candidate of the Labour Party (LP), Peter Obi. 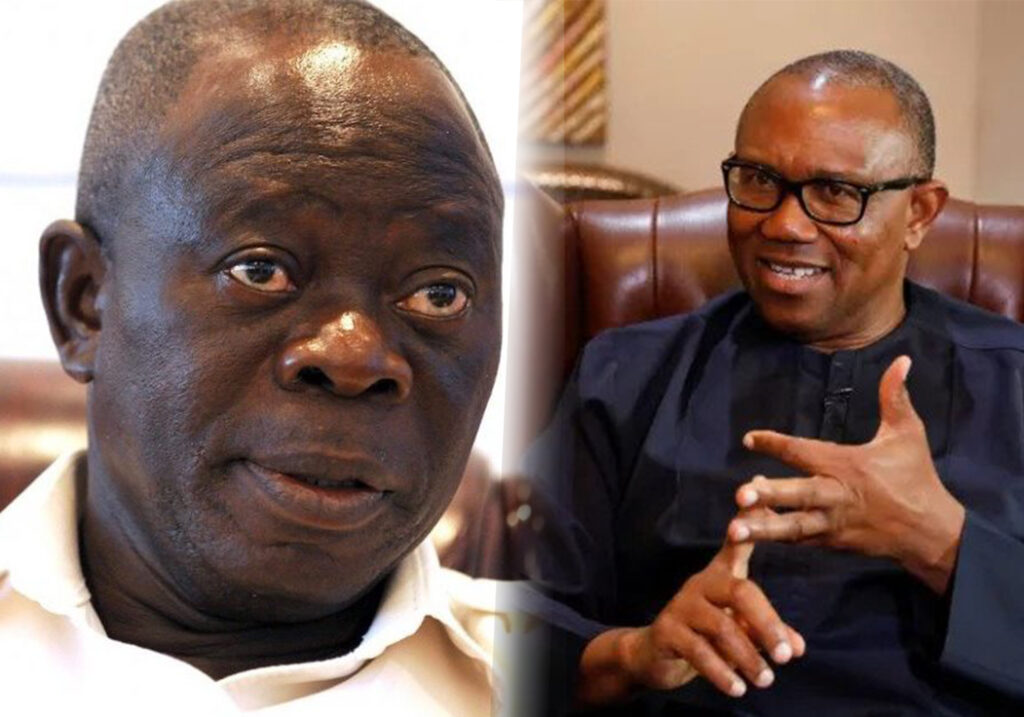 KanyiDaily recalls that Oshiomhole had claimed that Obi cannot fix Nigeria’s insecurity challenges because he failed to address the issues in Anambra while he was governor.

The former Edo governor recounted how Obi’s successor in Anambra, Willie Obiano struggled with insecurity that he inherited from Obi’s administration.

He charged Nigerians to go on YouTube and find out how Obiano had to start demolishing dens and hideouts of Bakassi boys, Bakassi girls, and bandits that besieged Anambra during Obi’s tenure.

Oshiomhole contemplated the capacity of Obi to fix the insecurity challenge of the whole country as he has been reported to have been vaunting he can, alluding to his lack of courage to fix his own state’s security issues.

Reacting in a statement on Monday, the Obi-Datti campaign dismissed Oshiomhole’s claims, stressing that former inspector-general of police, Abubakar Muhammed, ranked Anambra as the safest state in the country in 2014.

The Obi-Datti Media office said that attack dogs like Oshiomhole have latched on the lure of filthy lucre to twist truth on its head ahead of the 2023 polls, warning Nigerians to be vigilant.

The statement reads, “The attention of the Media Office of Obi-Datti Campaign was drawn on Sunday to the baseless claim by the former Governor of Edo State, Comrade Adams Oshiomhole that the Labour Party Presidential Candidate, Peter Obi has no capacity to tackle security as his tenure in Anambra proved so.

“The former Edo Governor also in his groundless outburst to satisfy his audience claimed that it was Obi’s successor, Willie Obiano who was able to solve some security challenges that Obi could not tackle.

“When the LP candidate told Nigerians severally to go and verify his past, he knew what the outcome of such verification would be, in his favor, except for attack dogs like Oshiomhole who would always stand truth on its head, fabricate tales ostensibly to satisfy his pay master who incontrovertibly is not verifiable.

“If Comrade Oshiomhole had bordered to verify Obi’s security records as Anambra state governor, he would have found what the Inspector General of Police in 2014, Abubakar Mohammad said in Awka, Anambra state capital on April 10, 2014 shortly after Obi left office that was copiously captured by many mainstream and social media establishments on April 11, 2014.

“Oshiohmole but for mischief would also have found that Obi is on record to have been one of the most ruthless state Governors in tackling the kidnap menace in the country. It’s still green in everybody’s memory how Obi personally supervised the sealing off and demolition of hotels and buildings used by Kidnappers and other criminal gangs in the state. Crime record in Anambra state under Obi was outstanding and security leadership never failed to appreciate this feat.

“Below we republish a story as published by one of the top National Dailies, the Nation Newspaper in the country on April 11, 2014 captioned; “IG declares Anambra safest since five years”:

“The Inspector-General of Police, Mr. Abubakar Mohammed, yesterday declared that Anambra State remained the safest state in the last five years, according to police records.

“Abubakar, who was speaking at the Women Development Centre, Awka, at the state’s Stakeholders’ Summit announced that there was no bank robbery in the state in the last five years during former Governor Peter Obi.

“He urged Governor Willie Obiano to emulate his predecessor by sustaining the security situation in the state.

“The inspector-general hailed the relationship between the police and the government under Peter Obi, which contributed to the improved security, and reassured Governor Obiano that the police would give him a 100 per cent support to rid the state of kidnappers and robbers. He urged Obiano to deal with any ruler, who encourages crime in his community.

‘’I am ready to support Anambra governor actualize its dream of securing the state. And I must assure you that if the governor is initiating measures to strengthen security in Anambra, he needs the support and it is time for the governor to tell you that the change you are looking for is here.’

“He assured the people that the era of police impunity is over, and ordered that the harassment of road users by siren-crazy politicians should stop.

“Obi-Datti Media therefore urges members of the public to be vigilant and resist any attempt to foist proxy Presidents on them with lies and they should repel any fraudulent try to frustrate the Movement’s goal of taking back our beloved country battered by corrupt and greedy leaders.”

KanyiDaily recalls that Adams Oshiomhole said those criticizing APC’s Muslim-Muslim presidential ticket are “Christians by mouth and devils by heart”. 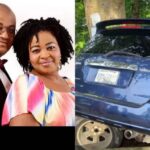 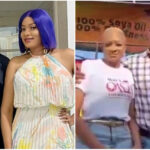