Prince Michael Ekamon, the 1st plaintiff in a suit filed in conjunction with Rivers State Governor, Nyesom Wike, against the presidential candidate of the Peoples Democratic Party (PDP), Atiku Abubakar, said that their lawyer, Wilfred Okoi, was not in court because he was indisposed. 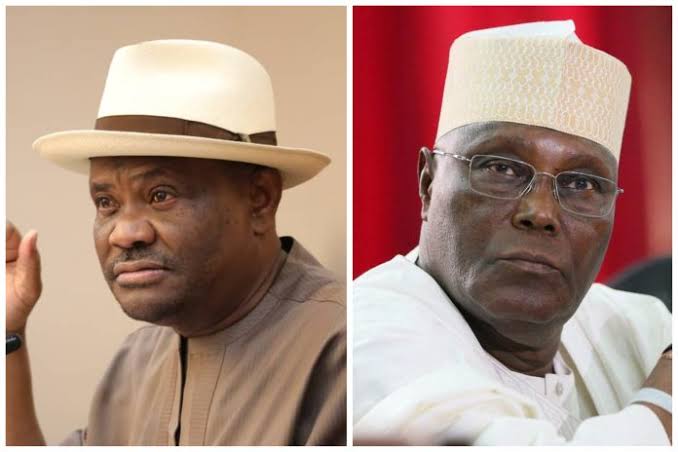 Ekamon told Justice Ahmed Mohammed of a Federal High Court, Abuja on Wednesday, that the lawyer developed a serious stomach upset, upon resumed hearing in the suit challenging Atiku’s emergence as the PDP flagbearer for the 2023 presidential election.

Okoi, who entered his name on the cause list earlier in the day, could not be found when the matter was called for hearing.

The News Agency of Nigeria (NAN) reports that though Ekamon was in court in person, Wike was not.

Ekamon, a member of the party, and Wike are 1st and 2nd plaintiffs respectively in a suit marked: FHC/ABJ/CS/782/22 dated June 2 and filed on June 3.

While the PDP is the 1st defendant, the Independents National Electoral Commission (INEC), Governor Aminu Tambuwal of Sokoto State and Atiku are 2nd to 4th defendants respectively.

Wike, in the suit, sought among other prayers, the court’s pronouncement declaring him the PDP’s presidential candidate for the 2023 election.

He had faulted the process that produced Atiku as the party’s candidate in the primary conducted recently.

But the PDP and others, in their application filed by their counsel, Adeyemi Ajibade, SAN, urged the court to dismiss the suit as it was unknown to law and not cognizable under a pre-election matter.

When the matter was called and Okoi’s whereabouts was not known, Justice Mohammed asked Ekamon why their counsel was not in court despite entering his name for appearance.

Ekamon said Okoi “ran serious stomach upset.” According to him, he (Okoi) was in court this morning and he complained of running stomach and he has to be rushed down for medication.

“I insisted that he (Okoi) stays but he said we should rush him down,” he added.

“We wish him quick recovery. We are all human beings and prone to getting sick at any giving time,” Mohammed said.

The judge then asked him what would be his prayer since his lawyer was not in court.

“I pray the court to give us a little time so that he can get well and continue with the matter,” he responded.

Counsel for the PDP and Tambuwal, Ajibade, who doubles as party’s National Legal Adviser, did not oppose the request.

“I have listened to the request of the 1st plaintiff. The reason for the absence of his counsel borders on ill health.

“We don’t need to go verifying. It can happen to anybody as my lord has said. “But want the court to take notice because this is a pre-election matter of which time is of the essence,” he said. The judge adjourned the matter until Oct. 7.

READ:  2023: There Will Be No Nigeria If Igbos Are Not Allowed To Rule - Edwin Clark

NAN reports that no counsel appeared for INEC, Justice Mohammed had, on Aug. 31, fixed today for the hearing of the matter.

Atiku, Tambuwal and PDP had challenged the suit filed. The trio, in a notice of preliminary objection marked: FHC/ABJ/CS/782/22 dated and filed on Aug. 5, sought an order striking out or dismissing the suit for want of jurisdiction.

They argued that Ekamon, who is the 1st applicant, having not participated in the primary election conducted by the National Executive Committee of the party lacked the requisite locus standi to institute the suit.

Although Wike had recently denied filing any suit against the party and its presidential candidate, the matter is still pending in court. (NAN)

KanyiDaily recalls that Nyesom Wike had denied knowing anything whatsoever about the suit or even knowing the lawyers who filed the suit in the first instance. 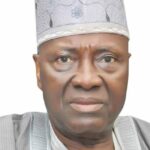 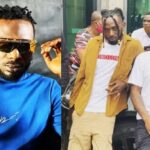