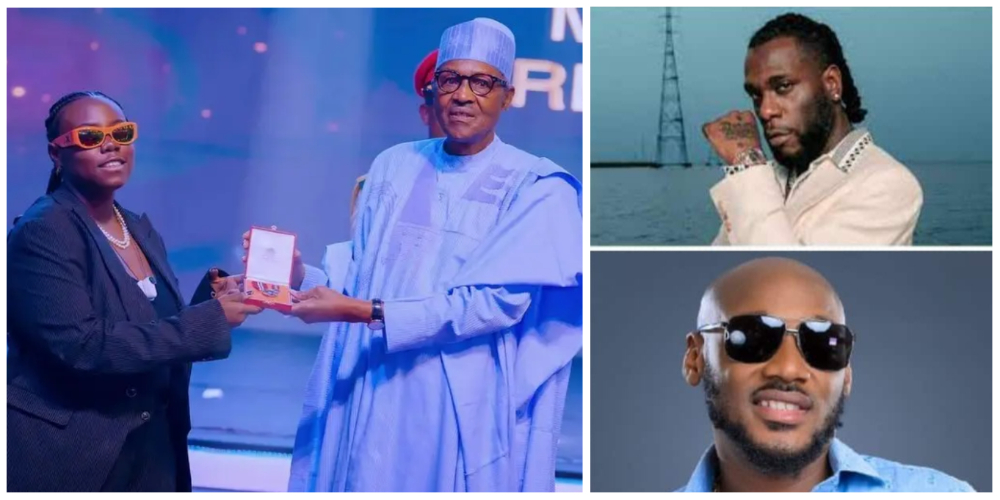 The three music stars were among the 447 Nigerians and friends of the country honoured by the president at the 2022 National Honours Award Investiture which took place at the International Conference Centre (ICC) in Abuja.

In a video circulating on social media, Burna Boy’s father, Samuel Ogulu, is seen receiving the award on his behalf from President Buhari.

In a statement, Buhari praised the music stars saying citizens who contribute to national development deserve to be encouraged and appreciated.

“Worthy of mention are our artistes, particularly, our very own Damini Ebunoluwa Ogulu (Burna Boy), who won the Grammy Awards in 2020. He along with other artistes have repositioned the Nigerian entertainment industry and placed it on the global map.”

“At the just concluded Dubai Expo 2020, Nigeria’s pavilion was a beehive of activities as our musicians entertained guests from around the world.” the statement added.

READ:  EBONYLIFE TV signed with SUMMVIEW to launch a Premium multi-screen VOD platform dedicated to content made in Africa

READ:  My Wife Wants To Kill Me With Sex- Man Tells Judge 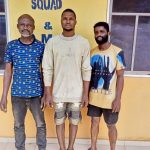 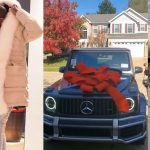