The Department of State Security (DSS) in collaboration with US soldiers have reportedly arrested two suspected terrorists during a raid at the Trademore Estate in the Lugbe area of the Federal Capital Territory, Abuja. 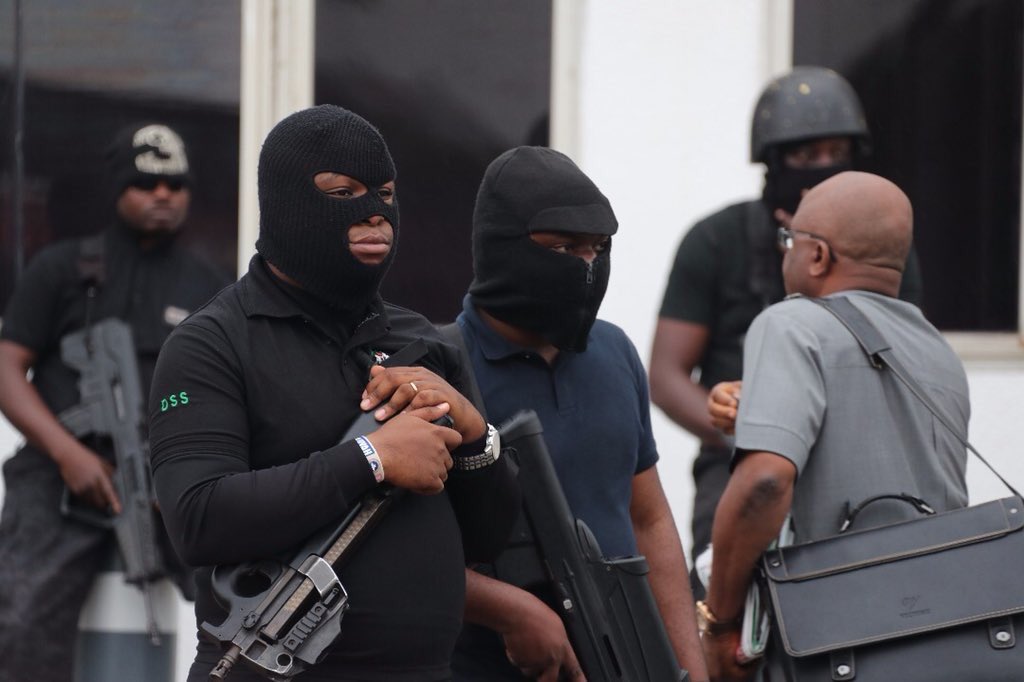 It was gathered that two pistols, boxes of grenades, and other explosives were recovered from the two suspects said to be siblings before they were taken into custody on an allegation of terrorism.

According to Punch, residents of Trademore Estate said that the operation was carried out by the DSS and the US army following a tip-off on the presence of terrorists.

A resident, who spoke on the condition of anonymity, disclosed that they were practically held hostage in the estate during the operation.

He said, “We were in our houses when our estate was locked up. They did not allow us to go out and they didn’t allow people to come in. Those that came for the operation were DSS and some American soldiers.

Also, a message shared on the estate’s Whatsapp platform on Wednesday urged residents to be vigilant and ensure they know their neighbours.

The message to residents read: “It’s no longer news that there was a High Powered Sting Operation in Phase 3 this afternoon, culminating in a complete shutdown of our estate. A combination of American Army and our DSS team were responsible.

“We are unable to give full details of the reason(s) behind the operation, however, we can confirm that there was an allegation of terrorist activities.

“It is therefore desperately incumbent on every resident to remain vigilant, KNOW YOUR NEIGHBOURS and report any suspicious movement, person or activities to the Exco, Street Reps and/the Police.

“We will continue to do our utmost best to keep the estate safe for all of us. Everyone is responsible for security and there should no iota of abdication of this responsibility.

“Finally, let’s remain calm and continue to carry out our daily activities within the parameters of the Law. God bless and protect us all.”

READ:  NDDC Is Cash Cow For Nigerian Politicians, They Brought Out N10bn To Fight Me – Gov Wike

According to a resident, the suspect who was picked up, has claimed innocence, alleging that he was set up by a governor in the North Central zone based on political differences.

“Yes, there was a raid. Boxes of grenades and other explosives were recovered. Two pistols were also allegedly recovered, from what we heard.

“Although, it was learnt that the suspect had plans to attack three churches in the area, I cannot immediately confirm that,” he stated.

When contacted by TheCable, the chairman of the rstate, Adewale Adenaike, confirmed the security operation which forced the estate’s gates to be closed down.

READ:  I’m Proud That Yar’adua Was Produced By My Political Family ‘PDP’ – Atiku

Adenaike said he was informed by the security operatives that they were after some member of the community who are suspected of “terrorist activities”.

He said, “It happened on Monday. We were in our houses when our estate was locked up. Nobody going out, nobody coming into the estate.

“As the chairman, I came out to find out what was happening in the estate. I discovered it was a sting operation by our DSS and some American soldiers, and it was alleged, I repeat, it was alleged, right, that they were looking for somebody who had suspected terrorist activity, it was alleged as such.

“As I was approaching the gate to my own street, the heavily masked DSS guys stopped me from going, and I told them I can’t stop because people are calling me for information so they will need to tell me why you are here, and that was how I got to know the alleged terrorist activity.

“And because they were DSS and with the American army I had nothing to say, I just said okay, they had to do what they had to do, and when they finished what they were doing, all we saw was to see them drive away with a couple of people from the estate.

“As I speak to you I do not have details of what happened, I don’t know what happened. There has been a lot of insinuation and rumour. I am not a rumour monger, therefore, I refuse to escalate the rumour I have been hearing.”

Adenaike said the officers arrested the suspects in a boys’ quarters section of a duplex occupied by a family in the estate.

DSS spokesperson, Peter Afunanya did not respond to messages or return calls put across to him for more information on the incident.

The development comes a few days after the United States and the United Kingdom issued travel advisories, warning their citizens living in Nigeria about the possibility of terror attacks in Abuja, the Federal Capital Territory (FCT). 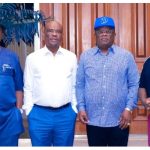 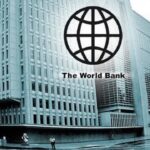