Popular media personality, Daddy Freeze, has taken to social media to advise his fellow men on the importance of marrying a beautiful wife. 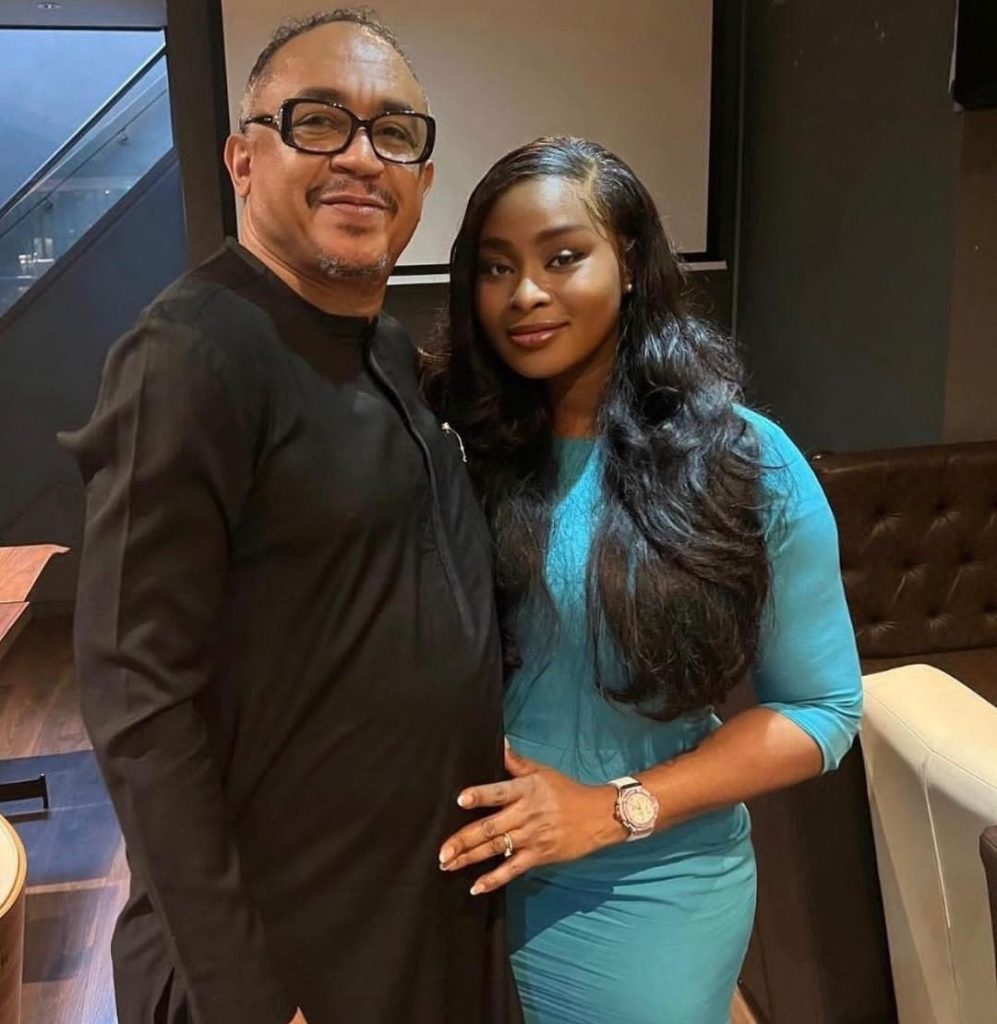 Sharing photos of his wife posing between two James Bond statues, the OAP advised men to marry a fine woman to “pepper” their exes.

In another post, Freeze gushed over the impact his wife has made in his life, attributing his new look and refined personality to her.

According to the media personality, he has evolved from what he used to be into a better and more refined person.

He wrote, “With you my love, I have evolved from what I used to be into a better more refined me; Evolution is the process by which living organism are believed to have developed from earlier forms during the history of the earth. I didn’t believe in the practicality of the theory of evolution until I met you”. 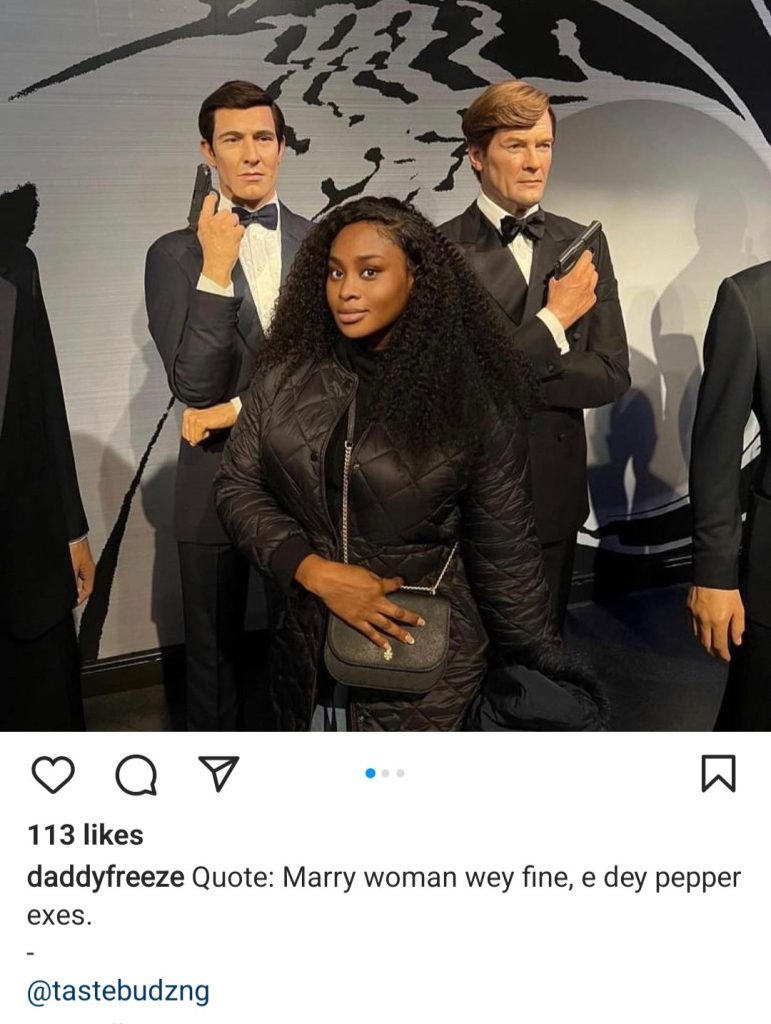 KanyiDaily had reported how Daddy Freeze secretly tied the knot with his lover, Benedicta Elechi in the United Kingdom after a Nigerian court ordered him to pay the sum of N5m for committing adultery with a married woman.

Marriage Is Women’s Biggest Prison, It Traps Their Glory And Destiny – Wale Jana