The National Association of Nigerian Students (NANS) has reacted to the arrest of a student of the Federal University in Dutse Jigawa, Aminu Mohammed, who was arrested by the police for criticizing the First Lady, Aisha Buhari, on social media. 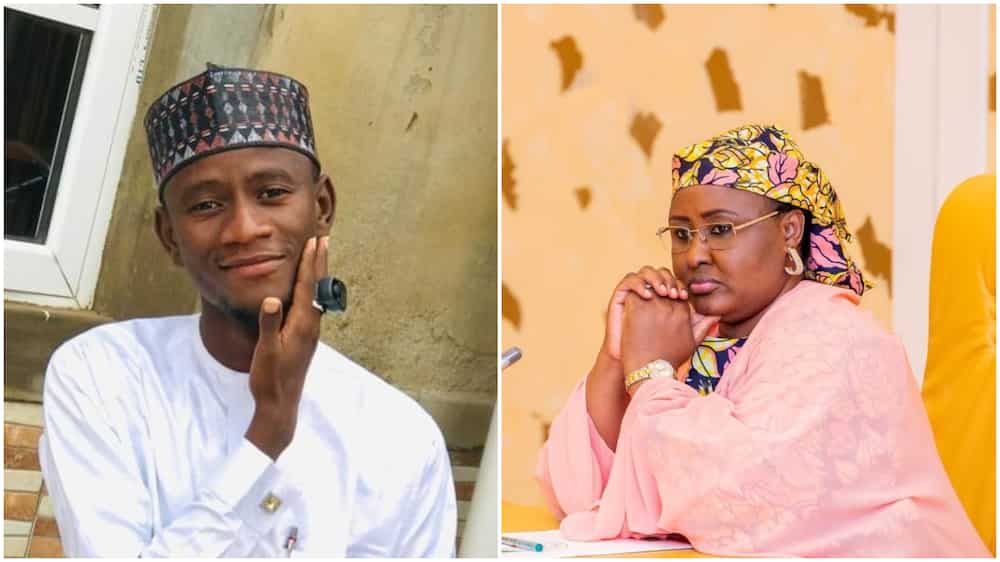 It was gathered that the first lady allegedly ordered the student’s arrest over a Twitter post where he claimed that she was feeding fat on poor people’s money.

While initial reports were that Mohammed was arrested by the Department of State Services (DSS), NANS revealed that he was rather arrested by the Federal Capital Territory (FCT) Police Command, who traced him to Jigawa State where he was picked up, following the tweet. 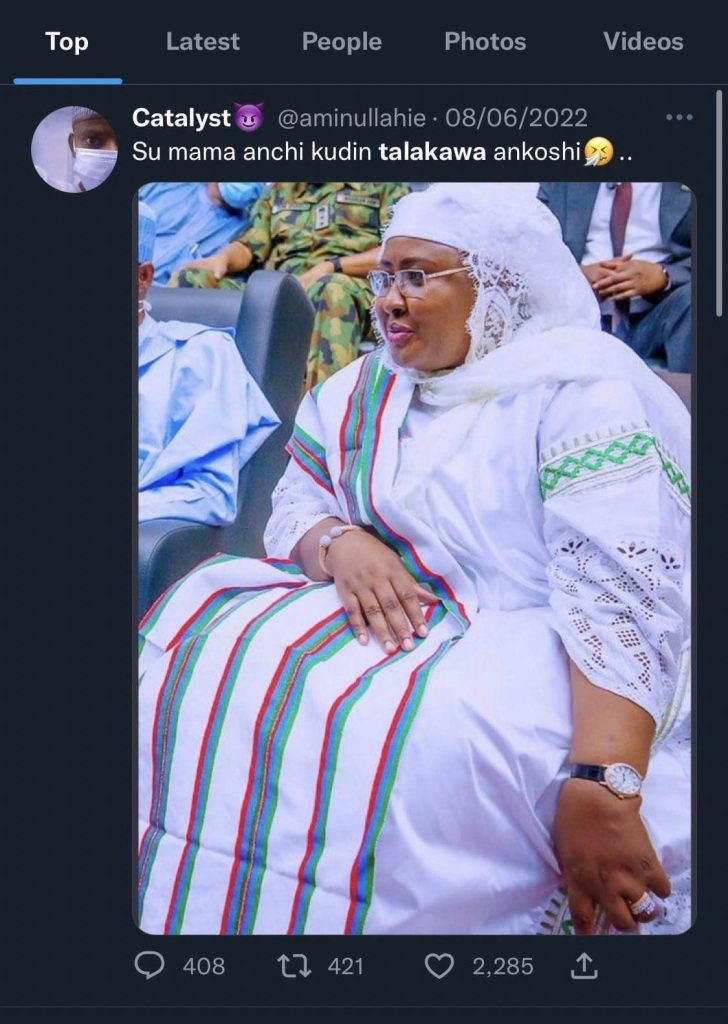 READ:  FG Is Lying About Boko Haram, Some People Are Making A Lot Of Money From The Insurgency — Junaid Mohammed

In a statement released by its President, Usman Barambu, NANS apologized on behalf of the Nigerian students to the First Lady over the embarrassment Mohammed’s action had caused her and called for his immediate release.

Barambu stated, “The leadership of NANS received with concern the news of the unlawful arrest of Mohammed by the Nigeria Police on the instruction of Aisha Buhari.

“Upon receiving the news, I, Mohammed’s family, and friends swung into action to trace the whereabouts of Mohammed. After some days of searching, we got the information that he was at the police unit in Wuse Zone 2. I met with Mohammed at the police custody.

“It was alleged that Mohammed some weeks back posted Aisha Buhari’s picture on Twitter with the caption “Su mama anchi kudin talakawa an koshi” (translated from Hausa to ‘the mother has gotten fatter by eating masses’ money’).

“Just like the normal way angry citizens have different ways of expression on social media. On November 18, 2022, the police from Abuja tracked Mohammed to the Federal University Dutse and picked him up without any written/verbal invitation or informing the school management or his family,” Barambu narrated.

The NANS President said Mohammed was taken straight to the Presidential Villa where he was allegedly beaten by the police“ after which he was unlawfully detained at a police facility at Wuse Zone II till date.

“I, alongside our team of lawyers, met with Mohammed at the police facility where he confirmed the incident to me. Until now, Mohammed has not been arraigned by any competent court of law or granted bail by the police.

“We want to, on behalf of all the Nigerian students, tender our unreserved apology to the First Lady Aisha Buhari, for the action of Mohammed which might have caused her and her family pains. However, as leaders and public office holders, we must overlook some criticisms if we want to really forge ahead and do the right thing.

“We demand a detailed explanation by the Nigeria Police on why they will go to the school premises and ‘kidnap’ a student without due process and took him straight to the Presidential Villa where he was brutalised which violates his fundamental human rights,” the statement said.

READ:  Two die as a container truck overturns on their Audi on the M62

The NANS president said Mohammed had sustained various injuries and had not accessed any proper medical attention.

“We call on the police as a matter of national interest and urgency to release Mohammed unconditionally or be prepared to face the Nigerian students.

“However, we are calling on our teeming students to be careful and apply decorum in dealing with people, especially our leaders. They should be mindful of what they post on social media.

“We want to inform the general public to be patient as we await response and actions from the Inspector General of Police on a letter earlier sent to his office,” the president added.

This comes a few weeks after Aisha Buhari asked Nigerians to forgive her husband, President Muhammadu Buhari if he hasn’t met their expectations after seven years.

READ:  Akolade Arowolo Sentenced To Death For The Murder Of His Wife Titilayo Omozeje