Babatunde Olusola, a final year student of the Ladoke Akintola University of Technology, Ogbomoso, Oyo State, was arrested for setting up a Twitter parody account of former President, Goodluck Jonathan.

A parody account is a type of profile on social media that is named after popular persons and used mainly for comic purposes. Twitter rules allow for parody accounts on the condition that the operator of the account indicates this on his profile page.

On his Twitter profile page, Olusola informed his 46, 400 followers that the account was a parody one. His profile read in part, “BrezzisLife, not GEJ.

The final year student of Chemical Engineering was arrested on the orders of Jonathan and was denied access to a lawyer while he stayed in detention for over two months.

It was gathered that Jonathan personally placing a phone call to the Inspector-General of Police, Mohammed Adamu, alerting him to the parody account and requesting Babatunde’s arrest.

Olusola was afterwards said to be arrested on May 23, 2020, at Ogbomoso, Oyo State, and was transferred to Abuja where he remained in the detention for 84 days.

Speaking with SaharaReporters following his release, the final year student has narrated his detention experience at the Nigeria Police Force Criminal Investigation and Intelligence Department in Abuja.

Meanwhile, KanyiDaily had also reported how Patience Jonathan’s cousin was arrested by the police for attempting to kill his girlfriend, Seigha Atia, in Bayelsa. 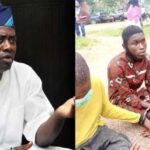 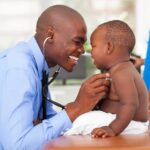