Christian Aburime, the Press Secretary to the Anambra State Governor, Charles Soludo, has reacted to the backlash trailing the comments made by his principal against the presidential candidate of the Labour Party, Peter Obi. 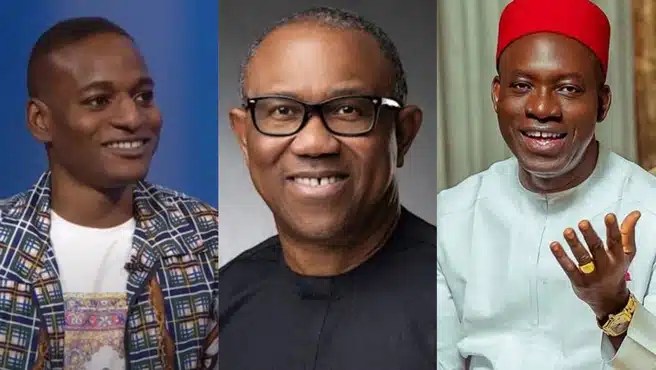 KanyiDaily recalls that Soludo had dismissed Obi’s candidacy in a long article highlighting why he thinks the LP candidate won’t win the 2023 presidential election.

According to Soludo, the former Anambra governor is only making the presidential election an easy win for the flagbearer of the All Progressives Congress (APC), Bola Tinubu.

Although political pundits have rated Obi as one of the top contestants in next year’s poll, Soludo has said even the LP candidate himself knew he could not win.

Soludo said Obi is well aware of the “game” he is playing because the Labour Party does not have the necessary structure in place to win the presidency.

Reacting to those dragging into the conversation, Ozonna stated that his opinion is different from that of his father because he believes that Obi is the best presidential candidate in the election.

Soludo Has No Regret Over Comments Against Peter Obi

But speaking with Punch on Thursday, Aburime said Soludo has no regret over his comments against Obi, as the governor had the right to his opinion.

The governor’s aide also added that claims of Soludo’s son, Ozonna disowning his father over the anti-Obi comment is simply the handiwork of mischief makers.

He said, “The governor is not feeling any way threatened even as the article has triggered series of backlashes, threats and criticisms. What the people should realise is that the governor only expressed his opinion, which is guaranteed by the constitution of the country and that opinion should not warrant threats or abuses.

“The governor’s son, Ozonna, did not disown what the father said. The trending article purportedly claiming that the son disowned what his father said did not emanate from Soludo’s son; it is simply the handiwork of mischief makers in order to blackmail the governor.

“It is not true that ‘unknown gunmen’ are threatening the governor to resign or be impeached. That report is false. Anambra people are behind Soludo and they are happy with what he is doing in the state.

“Nigerians all over the world are free to visit Anambra to see what the governor is doing. There is now law and order; all those impunity that used to be there before are no longer there.

“Soludo has no regret whatsoever because all he said has been said before and he should not be insulted for expressing his opinion.”

KanyiDaily recalls that Charles Soludo also slammed those criticizing him for rubbishing the investments made by Peter Obi when he was Anambra Governor. 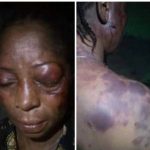