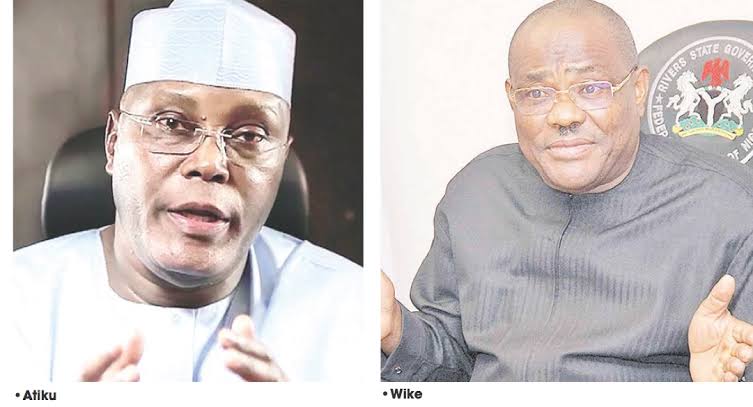 KanyiDaily had reported that Atiku’s campaign office in Port Harcourt was sealed off on the directive of Wike’s government following a court order on Friday.

Speaking with Punch on Saturday morning, the spokesman for the PCC in Rivers, Dr. Leloonu Nwibubassa said the sealing of the secretariat located at No. 32, Onne Road, new GRA in Port Harcourt, was clearly the handiwork of Wike to stifle perceived political opponents.

Nwibubassa said the sealing of the Atiku campaign office had again shown that Wike had misused his powers as Governor of the state.

He said, “It is very unfortunate and I think that all civil society groups, the international community, all lovers of democracy all over the world must understand that Governor Wike has misused his powers as governor.

“Not just to suppress and oppress, but to intimidate the people of Rivers State from expressing their free will to support any candidate of their choice or to be a member of any party of their choice, as expressly guaranteed in the grand norms of the Federal Republic of Nigeria. We have condemned it as an act of lawlessness by the governor.”

The State PDP PCC spokesman further said it was sad that Wike by his actions did not appreciate what he benefited from, in the present democracy, having been a two time chairman of a local government in 1999, and also became a Chief of Staff. He was Minister of the Federal Republic of Nigeria and completing his second tenure as Governor,” he said.

Nwibubassa however said, “By closing down the political space in Rivers State; by intimidating and suppressing voices that are in opposition to his own bidding, Governor Wike is exalting himself to become the leader of all anti-democratic forces in Nigeria militating against the grand norms of the Federal Republic of Nigeria that guarantees freedom of association, freedom of lawful and peaceful assembly.

“Everything about that secretariat and campaign office, every requirement has been made. So the governor is left with no excuse that the action that he has taken is completely outside the law. It is vindictive. It is against the right of the people,” he added.

Continuing, he said, “So, for us, it is unfortunate and we think that all well- meaning lovers of democracy should speak out against Governor Wike’s intent on his actions so far.

“Is it simply that Governor Wike lost the primary election to clinch the ticket of the PDP or there are other motives behind Governor Wike to try to truncate the democracy of Nigeria, using Rivers State as his experimental space?

“We are also aware that there are other governors trying to do similar thing.

“So if people like Governor Wike are allowed freely disregard the Constitution of the Federal Republic of Nigeria by his actions, by the things he is doing today and if people will copy from his example, before you know, Nigeria will become a theatre of anarchy, and this is exactly what everyone must come and condemn and to avoid.”

Friday’s development is the latest in a cycle of controversies involving Atiku and Wike, a governor elected on the platform of the party, PDP.

With the 2023 presidential poll about two months, there are fears that the intra-party squabbles between Wike and Atiku over the chairmanship of Ayu would affect the chances of the PDP at the polls next February.

READ:  Father Mbaka Predicts That Buhari Will Be Assasinated Or Poisoned