Nollywood actress and filmmaker, Helen Duru has accused the Economic and Finanacial Crimes Commission (EFCC) of brutalizing her inside her house in Enugu State. 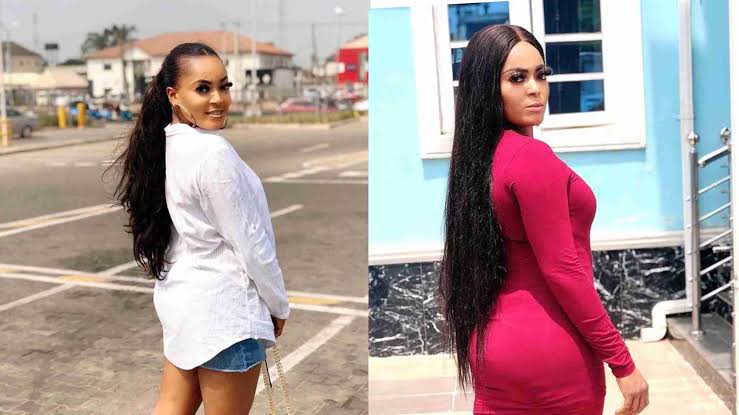 In a video shared on her Instagram page, the actress who was seen covered in blood and with a fractured skull, recounted how the EFCC operatives broke into her home and took turns in beating her up.

She alleged that the security operatives spoke in Hausa and allegedly chanted “yamiri” repeatedly while attacking her until she felt fluid running down her face which turned out to be blood.

Helen said she was never a person of interest because the EFCC operatives who attacked her never introduced themselves nor reveal her crime when they invaded her residence.

The actress wrote; “Ccs department Enugu Zonal command of the economic and financial crime commission (EFCC) did this to me . exactly 02:53 I heard noise in my compound , then I gently came out at my balcony to peep what it was , I saw some men but couldn’t identify them as it was still dark. When they saw me, they asked me to come down and open the staircase door which I ignored and hid. They had flash lights . They kept insisting I open the staircase door . I later went inside my house.

“Few minutes on ,I heard a boy screaming and crying for help. Then my neighbor called me to alert me. I told her I was awake , We both came out from our balconies ( She lives on the first floor) they men started shouting at us that we should go in or open the staircase gate.

“The next thing we heard they started damaging the staircase door and gained acces . I went inside my room and locked the door. Two men climbed to my flat, damaged my two doors, gained access into my house and started beating me. I got a slap first that made me shouted Jesus Christ .

“They spoke in Hausa language but all I could hear was “yamiri” the beating became intense as they beat me in turns , using a rod/stick ( don’t exactly know what that was ) all over my body . One picked my usb phone cord and descended on me.

“They kept speaking In Hausa as the beat me. I could feel the rage in them as I kept screaming Jesus . I feared for my life Then I ran into the bathroom and close the door. They try to push it down but the entrance was too slim for both of them. They left my room. I thought they came on their own accord , once I noticed they left my room

“I tried to come down to inform whoever is their superior what had happened, another one saw me, without saying a word he took his instrument and repeatedly hit my head screaming “get out ,go up “

“I tried to explain why I had come down but he made sure he repeatedly hit my head until I felt fluid dripping on my face . I wiped my face and saw it was blood. ( continue from the pictures ) Please me repost this until it gets to the right authorities.”

KanyiDaily recalls that a Nigerian journalist, Norah Okafor had also accused the EFCC of destroying her properties after breaking into her home in Aba, Abia State.

READ:  Video: Explosive confrontation between Piers Morgan & the guy that wants him deported 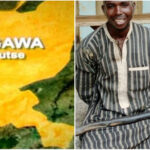 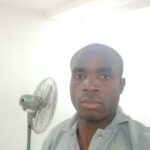