Norah Okafor has narrated how EFCC destroyed her properties after breaking into her home in Abia State. 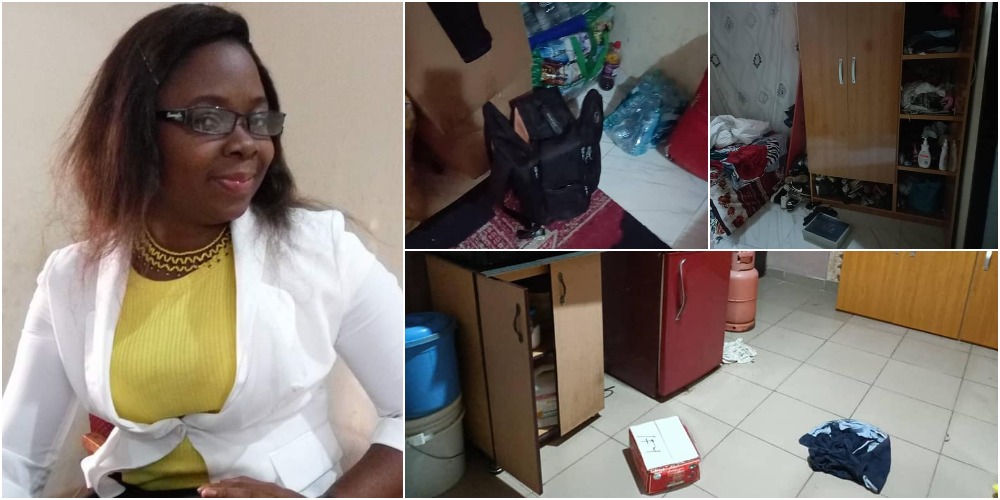 A Nigerian journalist, Norah Okafor has accused the Economic and Financial Crimes Commission (EFCC) of destroying her properties after breaking into her home in Aba, Abia State.

In a post shared on her Facebook page, the journalist narrated how over 25 EFCC operatives stormed her home at midnight with two Hilux buses, masked and dressed in black like armed robbers.

She wrote: “At exactly 1:36 am, I was alerted by my brother that there are armed robbers at my gate trying to make their way into the compound. Because it was an electric fence, I didn’t bother enough because I felt they can’t make their way in.

“Alas, I was wrong. 2am on the dot they made their way into the compound. They came prepared. Over 25 of them with two hilux buses, masked and dressed in black upon black.

“A huge one climbed the fence, with a plier and immediately cut off a few of the wires, jumped into the compound and with an axe, broke the gate key open and zoom they made their first entry into my apartment.

“As a nude sleeper, while they tried to make their way into the compound, I found something to wear while my brothers and I were thinking of a way of escape. The worst case scenario for me is that they will rape or take the only valuable available (a car key) so I prepared my mind.

“The next thing I realized was that about 7 of them were already in my room with shouts of “lie down, face down, on the light, where’s your phone, where’s your car key, where’s this and that..Confused me.

“Seeing over 25 hefty men with different kinds of guns, mhen, e don be, be that.I handed the phone to them with the key, before then, they have already taken hold of my laptop. I turned to be sure these were armed robbers, and they asked for my passwords to all the devices collected with masking tape to identify each.

“Still in shock, I heard someone destroying everything in the kitchen, my room, that of my brothers and all the drawers. I was still asking myself what’s happening? They asked me to stand and follow them downstairs, lo and beyond, they unmasked themselves, hmmmm..are these kind criminals? I asked. All my neighbours were already going through the same pain as I.

“They have already given my brothers a beating of their lives, carried my neighbour downstairs and tried unlocking all the cars in the compound. And after searching all the phones and laptops, three of their men walked in, lo and behold, it was EFCC. What? I screamed. Shut up, was the next thing i heard.

‘And when they couldn’t open my phone, they asked me to, I did and after a while I just asked, please where is your office so I can come pick up my things on my way to work, they asked me what I do and I said “journalist”, asked my neighbour he said “lawyer”, the other “doctor”. They looked at me, handed over the phones and said” we just wasted our time”.

“These fools, spent over one hour molesting and destroying things in this compound. I feel so pained and embarrassed right now.

“Is this how EFCC operate? How did we get here? Who is the informant? I am just confused right now. Thank God my mum isn’t here…”

READ:  Hundreds Of Shops Burnt To Ashes As Fire Breaks Out At Katsina Central Market [Video]

At exactly 1:36am, I was alerted by my brother that there are armed robbers at my gate trying to make their way into the…

This comes a month after BBNaija housemate, Dorathy Bachor accused EFCC operatives of breaking down her door during a raid in her apartment in Lagos State. 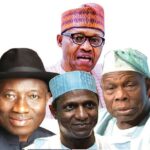 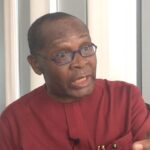