Anambra-born businessman and billionaire, Prince Arthur Eze, has revealed why he’s not supporting the presidential ambition of Peter Obi, flagbearer of the Labour Party. 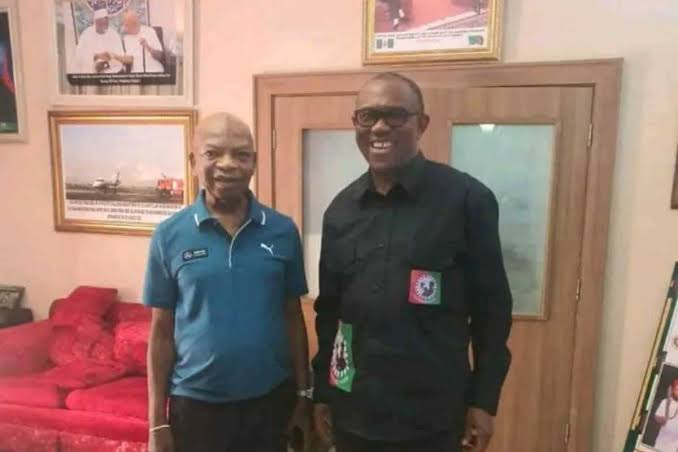 The oil mogul spoke at the occasion of the 2022 Ofala festival of HRH Igwe (Dr.) Robert Eze, the traditional ruler of Ukpo in Dunukofia local government area of Anambra State.

According to him, he asked Obi not to waste his money on the 2023 election because he would not win, but the LP candidate did not listen to him.

Eze further said he is supporting the presidential candidate that would hand over to Anambra State Governor, Charles Soludo, as Nigerian president of Igbo extraction.

He said, “I warned Peter Obi to withdraw from this race but he would not listen. I told him plainly that I am not part of his plans. I told him to drop his ambition, and wait for next time.

“When he told me about his ambition, I asked him the states he thinks he can win in the west and in the north – he told me; but I was not convinced. I told him he cannot not win; so that he would not waste his time and money.”

Pointing at Governor Soludo, Eze, continued: “This is the person we are tipping to take over as Nigerian president of Igbo extraction in the time to come. We have a presidential candidate that we are supporting now. After his tenure, he will hand over to Soludo as president.”

Meanwhile, a women’s group, Umuada Igbonine Home and Abroad, whose members were present at the occasion, expressed shock at Prince Eze’s comment, describing it as one made under an influence.

The group, which spoke to newsmen through one of its leaders, Dr (Mrs) Ndidiamaka Ojukwu, told our reporter that she was surprised that Eze would make such a remark concerning Obi.

“Prince Arthur Eze that I used to know does not speak carelessly. Though, one is not surprised because, his younger brother is in the race, under another party platform. If he would support another party, his brother will be affected negatively. I believe, and believe strongly that Anambra, Igbo and well meaning Nigerians, irrespective of state of origin or religion, will support Peter Obi to the fullest.”

Also, a traditional ruler from one of the communities in Anambra Central Senatorial District, who would prefer not to be named, described Eze’s anti Obi comment as a very bad omen for the image of the business mogul, and the image of Igbo people.

“You see, this is why people say that Igbo people are not united or that Igbo people hate themselves. When prominent Nigerians from various tribes and religions are supporting Peter Obi and Labour Party, why should this man talk this way in the public about Obi.

“Anyway, he is entitled to his personal opinion. His opinion does not reflect the sensibilities of Dunukofia people – it is not the opinion of Anambra or Igbo people,” she posited.

2023: Why Goodluck Jonathan’s Men Are Mobilising For Tinubu