Members of the Islamic Movement in Nigeria (IMN), popularly known as Shiites, attended a church service to celebrate Christmas with their Christian counterparts in Kaduna State. 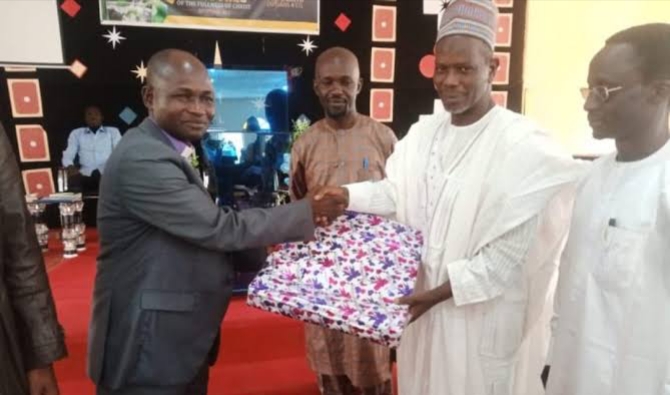 It was gathered that the prayer session was held on Sunday, December 25, at the Church of Brethren in Nigeria, Sabon Gari, Zaria.

The group also presented a gift to the church to further show love and boost religious tolerance between the two faiths.

Speaking after the service, the leader of the group, Isah Mshelgaru, said the essence of attending the service was to rejoice with Christians on the celebration of the birth of Jesus Christ.

He said the visit was to rekindle and cement the existing relationship between the two faiths, adding that the move was a sign of love and efforts to strengthen religious tolerance.

“We decided to attend this church service because today is Christmas day, a day that the birth of Jesus Christ is being celebrated over the globe and we feel that we also have our concern to share with them, the feelings of the day Jesus was born.

“The coming of Jesus to this world is a blessing to everybody, so we wish that we should come and celebrate this glorious day with them.”

Mshelgaru said that as Muslims, they considered Christians as their brothers and sisters in humanity.

He further said the essence of the visit was to “clear all the unnecessary imaginary boundaries that have been created between Muslims and Christians”.

“This is important now that the country is facing multiple security challenges that require all hands to be on deck in order to overcome them,” he said.

Mshelgaru advised Nigerians to come together irrespective of religious, tribal or political divide to save the nation.

KanyiDaily had also reported how Kaduna Church donated items, including mats and kettles, to a mosque which suffered a fire disaster.