Korth Heidi Adeleke, wife of Nigerian singer, Sina Rambo, said she has been receiving death threats after she announced their marriage crash over domestic violence. 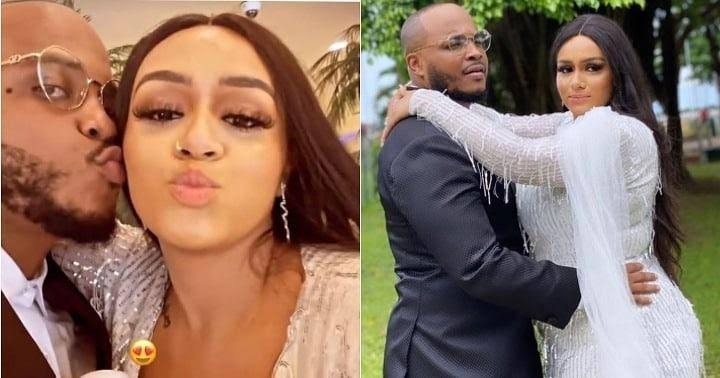 KanyiDaily recalls that while announcing the end of their marriage on Monday, December 12, the mother of one had accused her husband and his sister of domestic violence, as she shared videos, chats, and pictures to back up her claims.

In a post shared on her Instagram story on Thursday, Korth raised an alarm over numerous alleged death threats she has been receiving.

She warned those responsible for the hateful tweets to stop or face retaliation, stressing that she is a German citizen by birth who enjoys security from the German consulate.

She wrote, “I have been getting a lot of threats messages. Death threats and all. I will like to use this medium to say that I am a GERMAN citizens by birth and nationality and so are my kids.

“If anything happens to me or any of my family member, you will have the German embassy to contender (contend) with.

” A letter has been sent to the embassy for notification already! Love and light. I will start posting publicly any threats because this has to stop!!.” 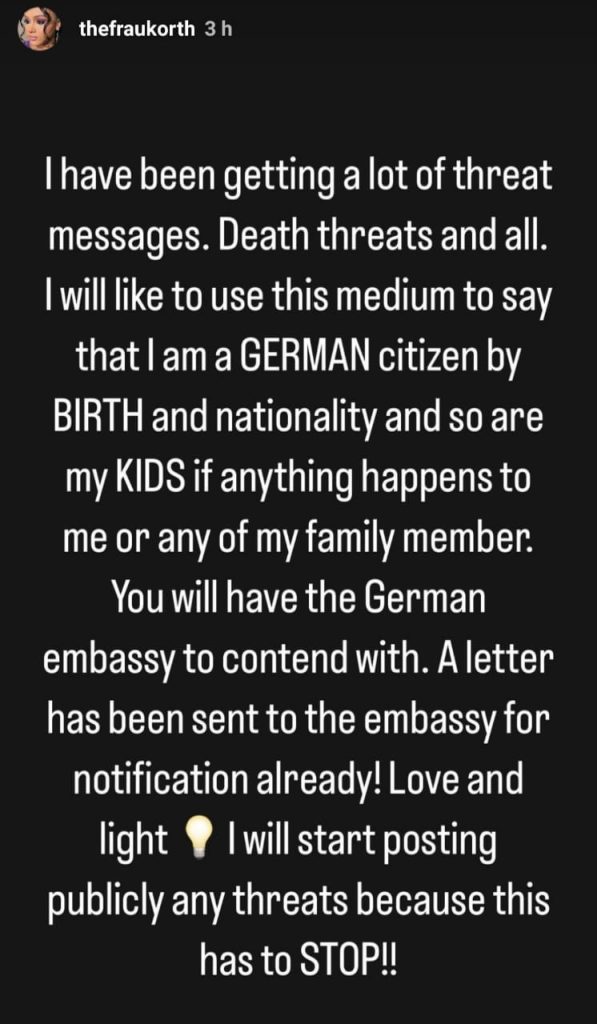 KanyiDaily recalls that Sina Rambo said his wife’s domestic violence allegations was a ‘calculated attempt to blackmail him and by extension his good family name.’

READ:  My New Boyfriend Is Muslim, The Best Part Of My Body Is My Vagina – Tonto Dikeh [Video] 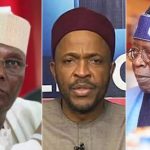 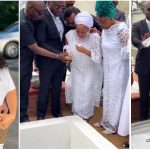