Hollywood actor, Michael B. Jordan is ‘secretly dating’ a British model, Amber Jepson, after his split from Lori Harvey, who is now in a romantic relationship with Damson Idris. 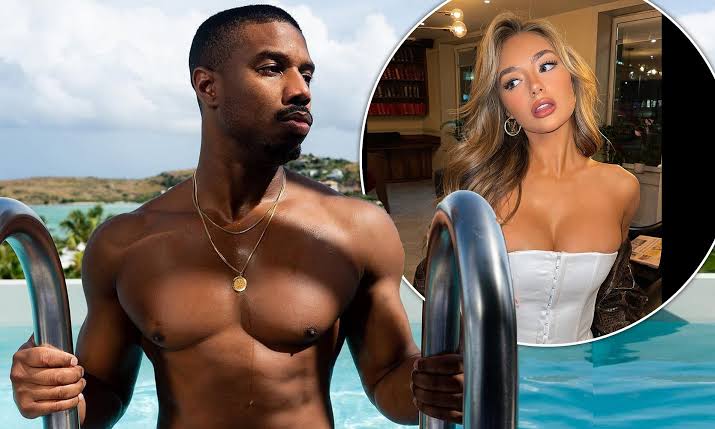 Michael B Jordan Reportedly In A Relationship With Amber Jepson

According to The Sun, the actor is said to be “enamoured” with 26-year-old bikini pin-up model following a string of dates.

It was gathered that the pair enjoyed multiple dates during his time in the UK, spurred on by his recent minority stake purchase in pro football club, AFC Bournemouth.

A source told the publication that Jordan’s “head has been turned” by Amber and they have been enjoying multiple chats.

The source revealed that they are still in the early stages but they make a good match and are both financially independent.

“It’s early stages but Amber and Michael are really keen on each other,” the source said.

“They make a handsome, cute couple and are both financially independent. Watch this space.”

Jordan has replied to some of her social media posts, and Amber shared a screenshot of him liking an Insta story and said: “Wifed off now.”

The model reportedly told friends she is keen to “see where the relationship can go”.

This comes six months after Michael B. Jordan split from Lori Harvey who recently confirmed her romance rumours with actor Damson Idris.

Mercy Eke Exposed As Her Voters Card Reveals She’s 32 Years, Not 29 As She Claims